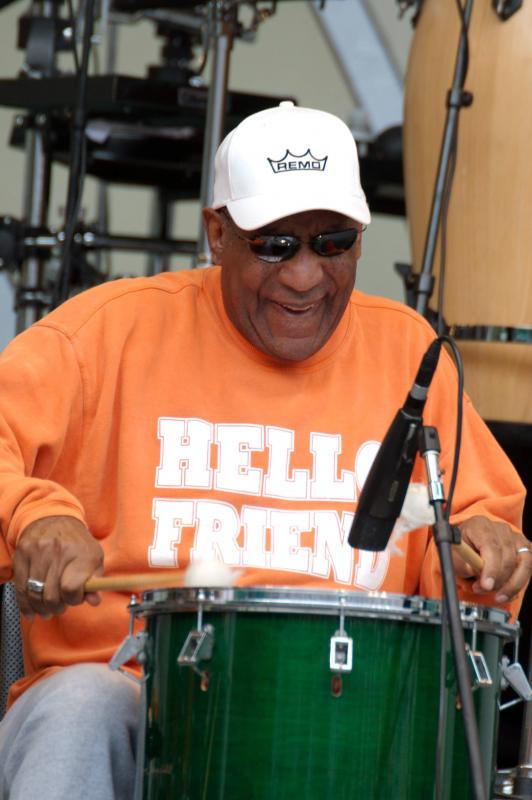 Dizzy Gillespie is one of the most influential figures in many American musical forms, having first revolutionized jazz in the 40s by being one of the acknowledged inventors of bebop; and then again in the decades that followed when he championed the rich rhythms of Afro-Cuban, Caribbean, and Brazilian music that, to a large extent, still dominate jazz to this very day. Born October 21, 1917, Cheraw, South Carolina, John Birks Gillespie, Dizzy moved to Philadelphia with his family at age 18 and joined Frankie Fairfax's band before moving on to New York City and Teddy Hill's big band in 1937, Later he played with all the greats—Ella Fitzgerald. Duke Ellington, Lionel Hampton, Earl Hines, and Billie Holliday. He met Charlie “Bird" Parker in 1940, Thelonious Monk, and others. Gillespie was the first jazz artist to be sent abroad under the auspices of the United States government, spreading American goodwill and good music around the world. John Birk s Gillespie died on January 6, 1993, Englewood, New Jersey. The Dizzy Gillespie Memorial Fund helps underwrite the costs of hospitalization, diagnostic tests, and a full range of surgical and medical care for jazz musicians who are uninsured and without the ability to pay. Since its formation, the Dizzy Gillespie Memorial Fund-Englewood Hospital has provided over $5 million in medical services, the Fund is 100% donor supported.

Bill Cosby is an American comedian, actor, author, television producer, educator, musician and activist. An active member of The Jazz Foundation of America, since 2004, he has been a featured host for its annual benefit, “A Great Night in Harlem," at the Apollo Theater in New York City. He is the recipient of the Kennedy Center Honors (1998) and the Presidential Medal of Freedom 2002.

A stellar cast of musicians and poets together will raise money to support the Dizzy Gillespie Memorial Fund:

We look forward to seeing you there!