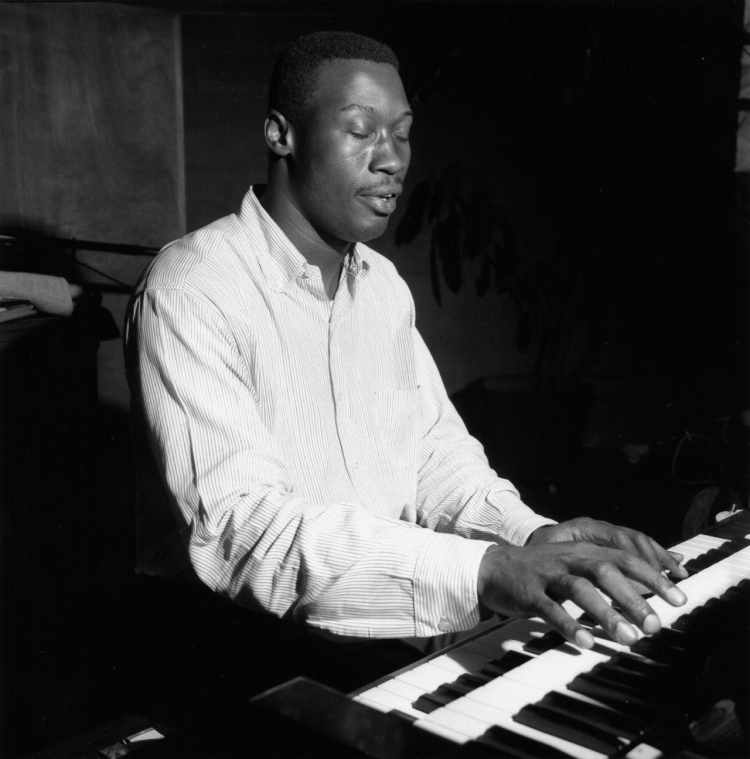 slideshow
Big John Patton wasn't big. Playing the organ-combo circuit in late 1961 and early '62, a club owner began calling him “Big Bad John." The name was inspired by Jimmy Dean's record, Big Bad John, which was released in September of that year and went to #1 on Billboard's pop chart in early November. Patton told an interviewer he resisted the name at first but soon came to like it. It's unclear whether he deleted the word “bad" or Blue Note gave his name a shave so it would fit on record covers and labels.

What set Patton apart from many of his organ contemporaries in the 1960s and early '70s was his attack on the instrument. Rather than treat the organ like a set of drums with keys, Patton was gentler and more at home creating a subtle, soft, infectious groove. All of his solo albums and records as sideman in the 1960s were for Blue Note. In the 1970s, he recorded a couple of albums for Muse and a few other labels, but for the most part his recording career slowed considerably after 1970.

Of particular note on this date is guitarist Jimmy Ponder, who brought a good deal of soul and heat. Ponder and Patton were a perfect match, with Ponder stirring Patton's sound as songs simmered. Ponder had a strong hand for rhythm guitar but he also could wail on solos. Dirty Fingers is a great example of the Patton-Ponder synergy. Patton favored soul-jazz guitarists, particularly Grant Green, with whom he recorded 17 albums—nearly his entire output for Blue Note. Ponder was a fabulous sub.

It's hard to know what Patton did from the late 1970s through the early 2000s as his recording career slowed. My guess is much of his time was spent playing gigs.

And here's the groovy Daddy James...