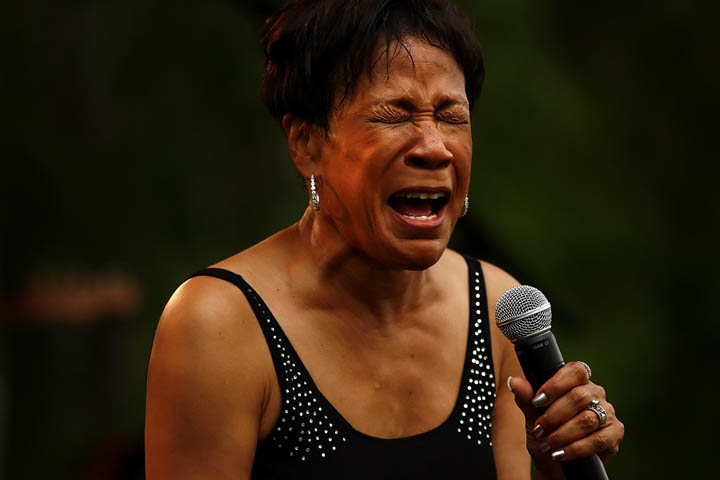 slideshow
Café Carlyle is pleased to welcome back iconic R&B songstress Bettye LaVette for a two- week engagement, January 27–February 7, where she will showcase her inimitable style, gut wrenching vocals and songs from throughout her five decade career, as well as the world premiere of selections from her new album, Worthy. The album, which Cherry Red releases on January 27, features Bettye’s reflective, visceral interpretations of classic tracks by Bob Dylan, The Beatles and The Rolling Stones amongst others.

LaVette “now rivals Aretha Franklin as her generation’s most vital soul singer,” according to Jon Pareles of The New York Times. With five decades of recording and performing to sold out venues all over the globe, she is an undisputed world-class interpreter of any genre of song. At the Carlyle, she will be appearing with her Detroit band which consists of musical director Alan Hill (keyboards, backing vocals), Darryl Pierce (drums), Brett Lucas (guitar, backing vocals) and James Simonson (bass, backing vocals).

About Café Carlyle at The Carlyle, A Rosewood Hotel

Originally opened in 1955, Café Carlyle is New York City’s bastion of classic cabaret entertainment, a place where audiences experience exceptional performers at close range in an exceedingly elegant setting. Since composer Richard Rodgers moved in as The Carlyle’s first tenant, music has been an essential part of The Carlyle experience. No place is that more evident than in the Café Carlyle.

Café Carlyle is known for talents including Woody Allen, who regularly appears on Monday evenings to play with the Eddy Davis New Orleans jazz band. For three decades, Café Carlyle was synonymous with the legendary Bobby Short, who thrilled sell-out crowds for 36 years. His spirit lives on through the music at Café Carlyle.