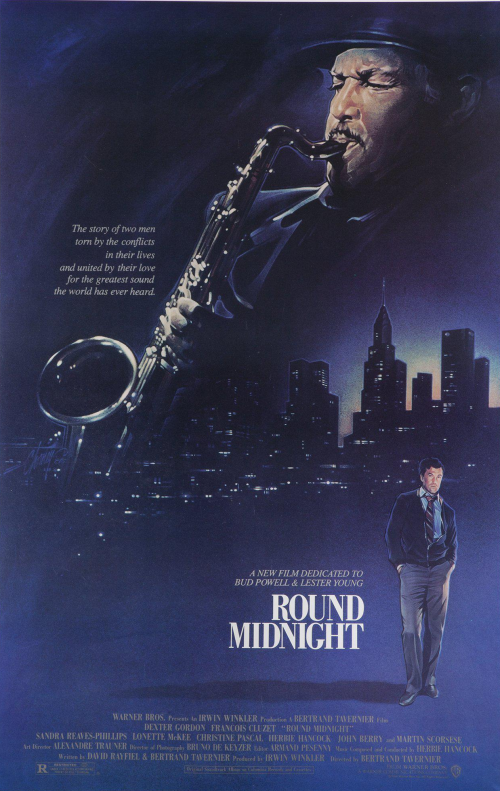 Bertrand Tavernier, a French filmmaker who directed A Sunday in the Country, Life and Nothing But and, most notably, Round Midnight, a poetic film starring tenor saxophonist Dexter Gordon and patterned after the last years of Bud Powell and Lester Young, died in Sainte-Maxime, France, on March 25. He was 79.

Produced by Irwin Winkler and written by Tavernier and David Rayfiel, Round Midnight is widely regarded as a masterpiece in jazz storytelling. The 1986 film avoided the many cliches of other jazz films and focused instead on the doomed task of trying to resurrect an aging, ailing jazz legend who lives by a different set of social principals and priorities.

The casting of Gordon by Tavenrier was a stroke of genius. Gordon turned out to be a formidable actor with a natural feel for the role and a commanding presence. The film also depicted the Paris jazz scene of the 1950s, a melancholy and spirited time when American jazz musicians passed through or lived on the Left Bank playing gigs, recording and avoiding racism at home. [Photo above of Dexter Gordon in Paris in 1964 by Francis Wolff (c)Mosaic Images]

In tribute to Bertrand Tavernier, here's Round Midnight, courtesy of a link from Danilo Morandi in Switzerland...