SOURCE: ALL ABOUT JAZZ PUBLICITY
February 1, 2009
Sign in to view read count 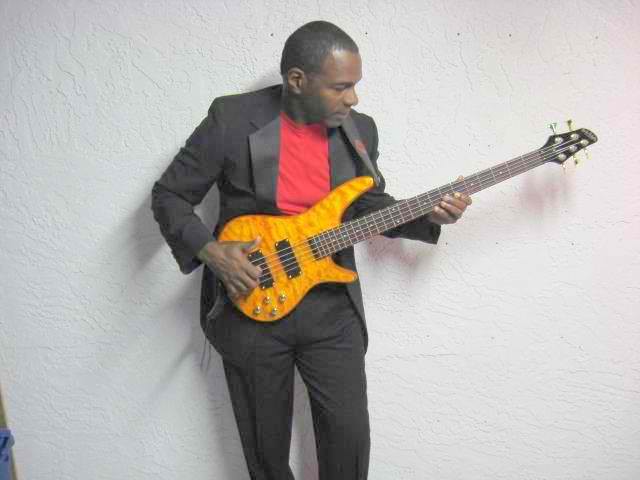 slideshow
Winfield Davis has come a long way since his days as a music-mad toddler banging on pots and pans.

The jazz artist, a former drummer for Bermuda Regiment, is making a name for himself in the United States and across the world after his career took off through Internet radio.

He currently has two CDs out, on which all the tracks were composed, produced and performed by himself, and is planning to tour internationally to entertain fans of his recently-formed band.

Mr. Davis, 52, has made use of downloading hot spots such as MySpace and iTunes, but it is online radio stations like City Sounds Radio, Music Tampa Bay and Live365.com which have been the springboard to his success.

According to the article, the first hints of his obsession for music came when he used kitchen utensils as a makeshift drum kit as a very young child. By the age of ten he had graduated to a homemade guitar, before his mom bought him an acoustic guitar when he was 12. Listening to R&B legends Earth, Wind and Fire, The Isley Brothers and the likes of Johnny Mathis then helped shape his music style as the young Mr. Davis formed and joined bands.

In the 1980s, he hooked up with a cabaret jazz show on the Island's hotel circuit, while performing on cruise ships during the off-season.

In his mid 30s, he left Bermuda for Bradenton, Florida, where his music career has continued with gigs and then the Internet with such hits as 'Midnight Prayer', 'C Street', 'Laylah's Theme'witch toped the charts at number one in November on “MTB" MusicTampaBay and held on for two weeks" and the smooth 'West 59th Street'.

Rick Crandall, of Music Tampa Bay Internet radio station, told the Bradenton Herald: “He adds a touch of class to the music I've played on the website. I would certainly like to see him gain some recognition. I think what he does, he does exceptionally well."

Winfield now believes the sky is the limit, telling the newspaper: “I'm not putting any boundaries to how far I can take it.