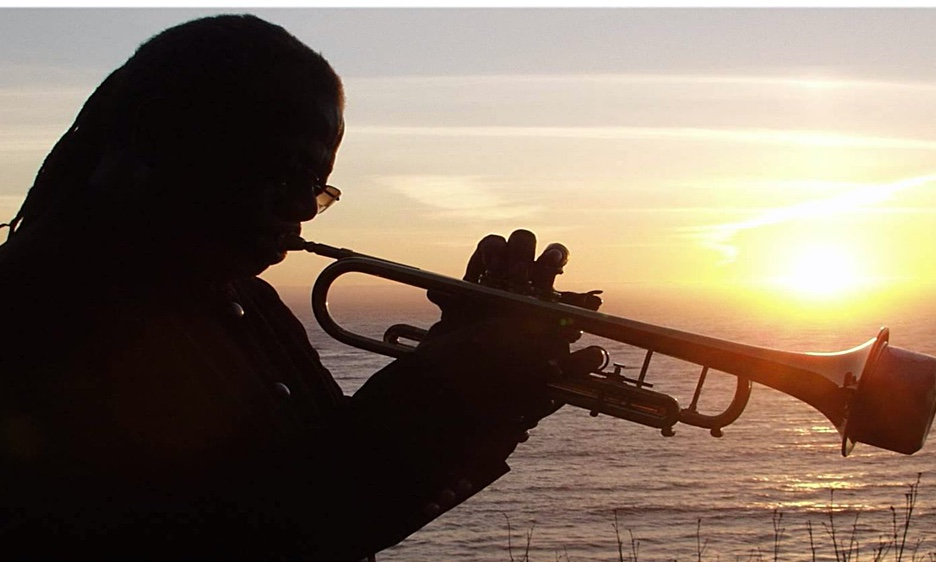 More than 20 Bay area jazz aficionados will present a livestream musical tribute, Saturday, August 8 from 2-4 PM (PST), 5-7 PM (EST), to memorialize their friend and mentor jazz trumpeter Eddie Gale. The Tribute sanctioned by Gale’s family to extend love and peace to friends, fans, and the communities he served, is being co-ordinated by jazz pianist Valerie Mih with two notable Bay Area jazz men with their own jazz family legacies: Clifford Brown, Jr., and Doug Ellington, the great-nephew of Duke Ellington. Gale, a celebrated jazz recording artist, performer and educator who served as San Jose’s Ambassador of Jazz since 1974, succumbed to cancer July 10 at age 78.

“We have created this collaborative online musical memorial as a way to come together and celebrate Eddie Gale’s life, music and spirit,” said Mih who performed with Eddie Gale’s Band and Inner Peace Orchestra from the late 1990s to 2019.

“This event will be hosted by Clifford Brown, Jr. and livestreamed from Doug Ellington’s music performance space in Oakland, CA.” Performances will include pre-recorded musical videos contributed by various musicians, along with livestreamed performances. Some 20 musicians influenced by Gale have pledged to participate.

The time should automatically adjust based on the user's timezone.

Clifford Brown, Jr., the son and namesake of the legendary jazz trumpeter Clifford Brown, will serve as concert host. Brown continues his late father’s legacy through youth outreach programs under the Clifford Brown Jazz Foundation, and as an award-winning jazz broadcaster. Raised in a home steeped in creativity, Brown’s musical education was nurtured by his famous father and family friends such as Donald Byrd and Herbie Hancock. As host of The American Jazz Countdown on the Bay Area jazz station, KCSM, Brown has earned the Golden Mic Award as the San Francisco Bay Area’s Top Radio Personality and the Ampex Award of Excellence for Jazz Programmer of the Year.

Doug Ellington, the great-nephew of jazz legend Duke Ellington, has been a contrib-uting musical force on the West Coast for over 20 years. As a trumpeter, bandleader of A New Urban Groove, and composer for stage and screen, Ellington has shared the stage with artists ranging from B.B. King, to pop star Solange, and various jazz artists. “The family tie allows me to have a unique perspective on what it means to Love Music,” he says. Valerie Mih, professor of animation at the California College of the Arts in Oakland, is a multitalented artist in the fields of music and animation. She is composer and script writer for the animated children’s series “Treetop Family” and founder of the educational company “Quantum Physics for Kids,” which provides STEM classes and learning products for kids ages 7-13.