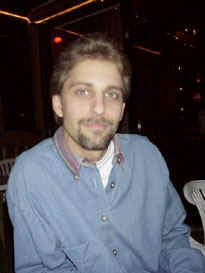 A complete departure from his debut entitled, Native Tongue, this CD was completed in partial fulfillment of a master's degree in commercial music and contains 10 arrangements of songs by pop icons such as Chaka Khan, Steely Dan, Sting and many more.

The CD is a tribute to these living legends of popular music and culture, who have all been active in the music industry for more than three decades. The title of the project is Retro-Respect and the CD is now available at CD Baby.

A native of Chicago, Kam began learning music at an early age under the tutelage of his mother, a classical pianist, and the great concert pianist, Erna Salm. In the midst of his piano studies, he was recruited by his Grade-school orchestra to play cello - an instrument he continued to study throughout his college years. Kam comments, “This was significant because it gave me experience working in all sorts of ensembles playing chamber music and orchestral music and it introduced me to the music of the great composers.”

At age eleven, tragedy struck his family. His parents divorced, and his father returned to his native country, Jordan. His mother passed away two years later. Obviously, this situation greatly effected Kam, and his brother and sister's lives. Kam found himself with an uncle, and living in Des Moines, Iowa, who was leaving a successful corporate position to join the priesthood - which he had earlier abandoned in order to pursue a career in corporate America.

This taught Kam the importance of life's true calling, and the dangers of betraying that calling. It's something he never forgot. Today, and every day, Kam gives glory to God for seeing him through the difficult years of his early life, and for sustaining him through every day.

At seventeen, Kam began studying commercial art at Northeast Missouri State University. There, he found himself playing cello in the symphony, bass in the jazz band, and even bass drum in the marching band! During this time, he joined the music fraternity at the college, and began playing professional gigs on bass. He left Missouri to relocate to Florida, and then he spent four more years in college at UF as a music theory/composition major. By night, he was gigging, transcribing the songs and solos of his favorite jazz artists, and learning to record on a four-track that he purchased with his tuition money!

After graduating in 1987, he relocated to South Florida to enroll in the graduate program at the University of Miami (Studio Jazz Writing). He also began a secondary career that has included traveling around the world as a musician. In addition to playing jazz, he's played in Top-40, rock, and even country ensembles over the past decade as both bassist and keyboardist.

Kam began composing and recording the material that became Native Tongue in 1990, while teaching audio at the Art Institute of Fort Lauderdale. Kam says, “I patiently set out to record the project, having no idea that I wouldn't finish it until 2002! During these years, I met many of Native Tongue's special guests while performing and recording, simply loving what they did and asking them to collaborate. I also learned to author multimedia in the mid-90's and Native Tongue became a multimedia project for me as well as a musical one. So I hope listeners will check out the enhancement on the CD!”