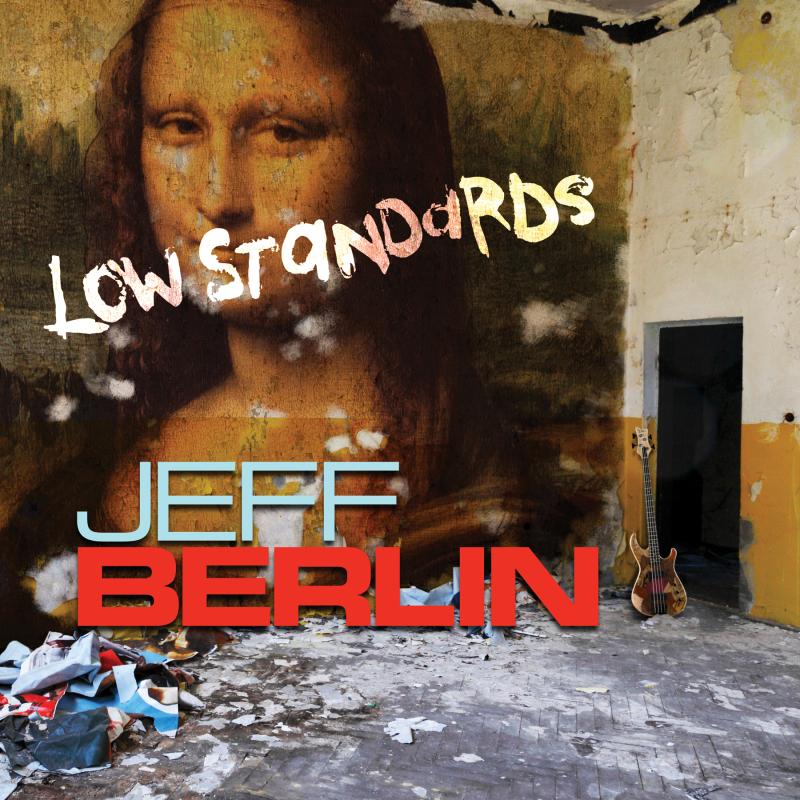 Tampa, FL: Jeff Berlin has been called the greatest electric bass soloist in the world. While the terms “great” and “genius” are bantered about much too frequently, the accolades for Jeff Berlin are not hyperbolical – Jeff is indisputably one of the best bass players to ever play his chosen instrument. Geddy Lee (bassist for RUSH) calls Jeff “The greatest bassist on the planet,” while the late Jaco Pastorius considered Berlin a better soloist than he was. Known worldwide for his innovative style, Jeff has graced bandstands and recordings with legendary players like Bill Bruford, Dennis Chambers, Neil Peart, Billy Cobham, and Allan Holdsworth, and has led bands and recorded his own CDs for nearly 30 years. He has recorded for vocalists Patti Austin and KD Lang; he has traversed the progressive rock realm with former YES members Anderson, Bruford, Wakeman, Howe; Jeff famously turned down an offer to join rockers VAN HALEN. Jeff is also hailed outside the usual musician ranks: Actor Gary Sinise (also a bassist) is one of his biggest fans, and renowned boxing trainer and ESPN commentator Teddy Atlas refers to Jeff as “the best in the business.” From straight ahead Jazz to Fusion to Prog-Rock: Jeff plays it all, always at the very highest level of proficiency and musicality.

On his debut release on RANDOM ACT RECORDS, Jeff and his incredible cohorts, Acoustic Bassist//Pianist Richard Drexler and Drummer Mike Clark, offer a sizzling set of Jazz standards. Drexler, one of the most versatile of jazz players, nimbly switches from upright bass to acoustic piano, or vice versa, on most tracks. Having performed for years with Berlin, his walking lines and supportive grooves perfectly blend with the leader’s electric voice. Clark’s percussion discussions are legendary: Initially making a mark on the international scene with Herbie Hancock’s funkified Headhunters, Mike is a jazz warrior at heart. Together, the trio present unique versions of strong material culled from the Jazz songbook.

Jeff comments about the inspiration behind LOW STANDARDS: “I wanted to play on a four stringed electric bass as a guitarist or pianist might play in the same situation. The concept of this CD was to leave me completely exposed as a player. On this recording, there was no way to hide from my present abilities as a bassist. Great players are always exposed in their abilities to play. For this reason, I always had Gary Burton or Keith Jarrett somewhere in my mind while I was recording the CD, wondering if they might play like I did if they played my instrument.”

Wayne Shorter, perhaps the most heralded of modern jazz composers, is well represented: Berlin and company burn on three of Shorter’s beguiling concoctions. “E.S.P.” kicks off the set, with Berlin stating the melody and Drexler’s bass lines walking in rhythm with Clark’s swinging ride cymbal. After Jeff amply illustrates his penchant for unmatched melodic improvisation, his electric instrument skips in tandem with Clark as Drexler moves to the ivories. On six of eight cuts, the trio represents as a quartet, thanks to Drexler’s multi- instrumental skills. Next up is “El Gaucho,” first heard on Shorter’s ADAM’S APPLE album. To complete the Shorter trilogy, the trio speaks no evil as they soar through “Fee Fi Fo Fum.” Berlin is the giant here, ingeniously stating the melody before launching into an astute improvisation. Drexler sticks to the upright, soloing with thoughtful elegance. One of only two piano-less tracks of the set, this outing touches all the basses, exposing new facets of Wayne’s compositional gem.

Fellow electric bassist Steve Swallow’s “Falling Grace” is awash in harmonic beauty; as on every track, Jeff reinforces the accolades accorded him by legions of fellow musicians. His distinctive voice on the electric is organic – It belies those who disdain a bass that requires an outlet. Swallow’s longtime partner Carla Bley penned “Vashkar,” a tune probably more associated with drummer Tony Williams and his groundbreaking group Lifetime. Drexler opens, and stays, at the piano; Berlin strives for new lows; Clark’s hi-hat and snare interplay nods to Tony.

Jeff explains his song selections for his new release: “Because I am such a huge fan of Keith Jarrett's 'Standards' CDs, I wanted to follow my last project, HIGH STANDARDS, with another standards recording, but this time playing on lesser-known tunes, lesser known to the general public... However, Jazz fans should know every tune that I chose to play. I chose compositions with lots of harmony so that I was forced to seek out non-typical bass lines. The harmony in these tunes demanded that I find something different to play on my bass. I also heard in my head how each composer played their own songs, often while we were recording. That was a strange experience.”

LOW STANDARDS is obviously an ironic title for an album that achieves such a pinnacle of musicality. Seldom, if ever, has the combination of two bass clef compadres created such a harmonious marriage of tone, verve and vigor. With this latest effort, Jeff Berlin proves, once again, that his is the highest standard of virtuosity in the low-end spectrum.

Jeff Berlin LOW STANDARDS CD can be purchased at Amazon.com, iTunes, and at most music stores.