Bassist Jeff Berlin Interviewed at All About Jazz 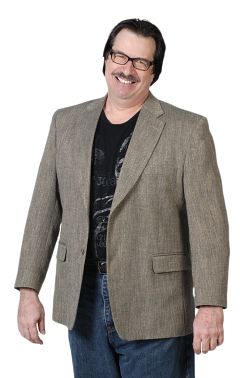 slideshow
Through the course of a four-decade career, Jeff Berlin has refused to end his musical quest. He crafted a popping, percussive style so thoroughly ingrained in the recordings of the 1980s, it's nearly ubiquitous. His work with Bill Bruford, whom he met during a stint with Yes, led to further innovations in playing.

More recently, he's been developing a contrapuntal style of playing that allows him to approach bass guitar as a pianist, adding harmony and melody to his steady bottom line. Berlin also opened the Players School of Music, in Clearwater, Florida, in 1988, focused on teaching contemporary and jazz music using his ideas on learning music and performance. His experience as not only one of the most in-demand sidemen, but also as a founder of the Los Angeles-based Bass Institute of Technology, helped him develop an approach that he says keeps students focused on making music. He's so confident in the program, he issued a guarantee for students attending a week-long intensive session, scheduled for September 13-17, 2010.

AAJ Contributor John Patten spoke to Berlin about his forthcoming album, High Standards (M.A.J. Records, 2010) (due out August 24, the state of jazz education in the 21st Century, and he still finds new things to say&#151and new ways to play—with tried-and-true material from The Great American Songbook.

Check out Jeff Berlin: Still the Ace of Bass at AllAboutJazz.com today!