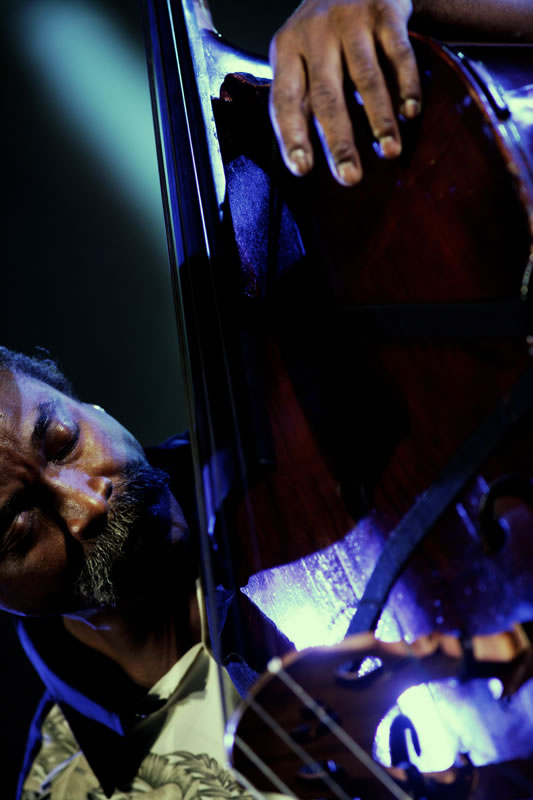 slideshow
NEW YORK, NY—World renowned double bassist Alex Blake will be honored with a Lifetime Achievement Award and induction into the Brooklyn Jazz Hall of Fame and Museum by the Central Brooklyn Jazz Consortium on April 28th, 2011 from 6:00 to 8:30pm in a ceremony at the Brooklyn Historical Society. The Lifetime Achievement Award acknowledges a “master musician who continues to play" and contribute to the arts as an ongoing inspiration for other musicians and future talent.

The ceremony is one of the events scheduled during the larger 10th Annual CBJC Brooklyn Jazz Festival which is being held the entire month of April as Jazz Appreciation Month continues in New York City. The CBJC will be honoring Mr. Blake that evening as well as hosting a tribute to drumming legend Wally “Gator" Watson, a Jazz Impact Award, and a Young Lion Award.

The award arrives during a period of intense activity for Mr. Blake who has recently returned from the 2010 Festival International des Negres in Dakar, Senegal and is about to tour as the star bassist for music luminary Randy Weston and his African Rhythms band in the summer Europe music festivals. Mr. Blake is also working on a new music project featuring Chris Hunter on saxophone and Victor Jones on drums. The band has begun recording an upcoming CD with compositions extending beyond jazz&#151Afro/Caribbean, salsa, flamenco, fusion, rock, and pop. Known as an in-demand “drummer's bassist," Mr. Blake will draw from all of his global and cultural influences, and demonstrate more of his virtuosity on the electric bass in future projects.