Recording the music of Jack Bruce will be the most emotional recording project of my career. --Jeff Berlin 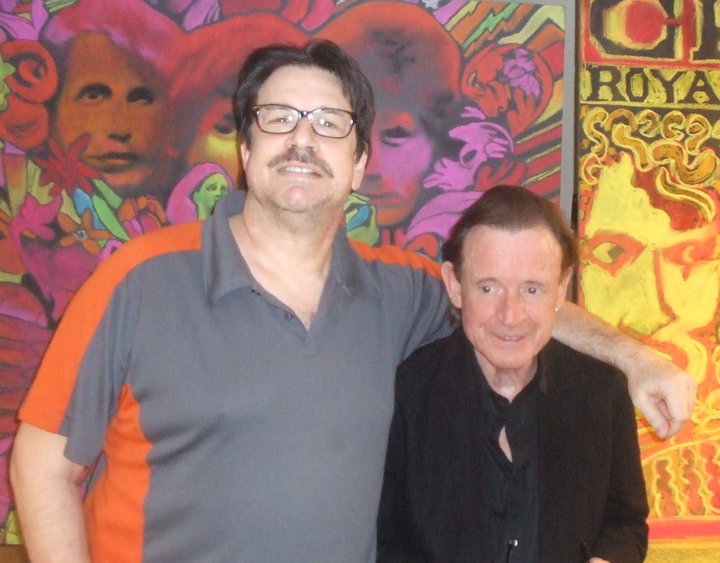 slideshow
Bass icon Jeff Berlin has launched a Pledge Music Campaign for a new tribute album to legendary Jack Bruce titled Jeff Berlin Plays Jack Bruce: Songs For A Wailer! Jack Bruce, best known for his work with classic rock legends Cream, as well as his critically acclaimed solo work, sadly passed away in 2014. Jeff Berlin, who has been called “the greatest bassist in the world”, was a personal friend of Jack's and felt the time was right for a tribute.

Says Jeff, “Recording the music of Jack Bruce will be the most emotional recording project of my career. Jack was the greatest musical influence I ever had. As an impressionable 14 year old bassist, I was stunned by Cream, literally in awe of the music that came from them. And, in the center of the music were these strange and wonderful bass lines weaving in and out of the key, reaching for resolutions and finding them, again, and again. Jack’s playing was a living evolving improvisation. I simply never heard a bassist that had the breadth of originality like Jack had. In fact, I still haven’t!

“Jeff Berlin Plays Jack Bruce: Songs for a Wailer! isn’t a cover CD, not in the literal sense. Except for a couple of tunes from his Cream period (arranged in ways that should surprise people) most of the songs on this CD come from other periods in Jack’s musical life before and after Cream. Jack's solo career represented a multitude of musical styles, so many in fact that his career reminded me of that famous quote from Forrest Gump: You never knew what you were going to get. This recording, to me, will be a new revamp of some of those songs, some of the best music that I heard from one of the greatest musicians of the last fifty years.”

Known worldwide for his innovative style, Jeff has graced bandstands and recordings with legendary players like Bill Bruford, Dennis Chambers, Neil Peart, Billy Cobham, John McLaughlin, and Allan Holdsworth, and has led bands and recorded his own CDs for nearly 30 years. He has recorded for vocalists Patti Austin and kd Lang; he has traversed the progressive rock realm with former YES members Anderson, Bruford, Wakeman, Howe and is the only electric bassist to have played with jazz pianist Bill Evans. Jeff famously turned down an offer to join rockers VAN HALEN. Jeff is also hailed outside the usual musician ranks: Actor Gary Sinise (also a bassist) is one of his biggest fans, and renowned boxing trainer and ESPN commentator Teddy Atlas refers to Jeff as “the best in the business.” Jaco Pastorius considered Berlin a better soloist than he was. Geddy Lee called Jeff “the best bassist on the planet”. Jack Bruce said that Jeff “was the greatest bassist I ever heard!” From straight ahead Jazz to Fusion to Prog-Rock, Jeff is famous for playing anything, always at the very highest level of proficiency and musicality.

Jeff Berlin Plays Jack Bruce: Songs For A Wailer will be co- produced with Jeff Berlin by New York based producer John McCracken. John is a gold and platinum record producer/musician/engineer with over 100 recordings produced for major and independent record labels as well as TV and film. He has worked in all genres including rock, pop, jazz and classical/opera. John is also a former EMI Music Group Executive as Head of A&R/Staff Producer for EMI Music/Blue Note Label Group. There he worked with Norah Jones, Amos Lee, Rosanne Cash, Diana Ross, Sarah Brightman, Anouska Shankar (daughter of Ravi and half sister of Norah Jones), Robert Glasper and many others. John is currently spearheading guitar legend Allan Holdsworth’s Tales from the Vault PledgeMusic campaign. He is also an acclaimed guitarist and recording engineer and brings over 35+ years of experience at all levels of music production, A&R/project management and publishing.