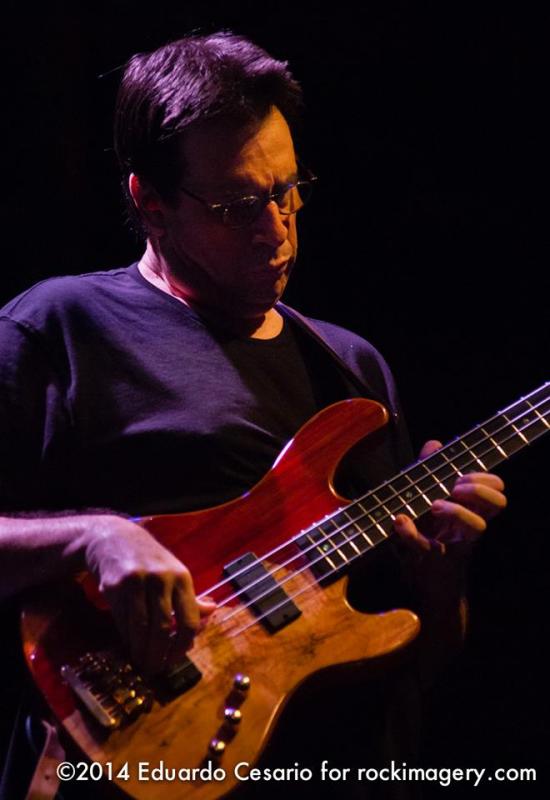 slideshow
Clearwater, FL – Much to the excitement of European music fans, bass legend Jeff Berlin will be touring Europe with his trio beginning mid-October! Jeff Berlin is internationally regarded as a legend, considered one of the greatest bass players in the world. The late Jaco Pastorius regarded Berlin as a better soloist than he was, and Geddy Lee famously referred to Berlin as “the best bassist on the planet!” Known worldwide for his innovative style, Jeff has graced bandstands and recordings with legendary players like Bill Bruford, Dennis Chambers, Neil Peart, Billy Cobham, and Allan Holdsworth, and has led bands and recorded his own CDs for nearly 30 years. He has recorded for vocalists Patti Austin and KD Lang; he has traversed the progressive rock realm with former YES members Anderson, Bruford, Wakeman, Howe; Jeff famously turned down an offer to join rockers VAN HALEN. Jeff is also hailed outside the usual musician ranks: Actor Gary Sinise (also a bassist) is one of his biggest fans, and renowned boxing trainer and ESPN commentator Teddy Atlas refers to Jeff as “the best in the business.” From straight ahead Jazz to Fusion to Prog- Rock, Jeff plays it all, always at the very highest level of proficiency and musicality.

Now fans will have a chance to watch Jeff and his new trio perform throughout Europe! This also includes a rare performance in Russia!

Says Jeff, “This trio with Scott Henderson on guitar, Gary Novak on drums, and me on bass, is all about the groove, the funk, the strongest rhythm section interplay that we can provide. It will be interesting to play with Gary in this new version of HBC and see what new areas of playing the three of us can come up with.”

In 2013, Jeff released his critically acclaimed album 'Low Standards', which proved once again, that his is the highest standard of virtuosity in the low-end spectrum. Says Jeff, “Because I am such a huge fan of Keith Jarrett's 'Standards' CDs, I wanted to follow my last project, 'High Standards', with another standards recording, but this time playing on lesser-known tunes, lesser known to the general public... However, Jazz fans should know every tune that I chose to play. I chose compositions with lots of harmony so that I was forced to seek out non-typical bass lines. The harmony in these tunes demanded that I find something different to play on my bass. I also heard in my head how each composer played their own songs, often while we were recording. That was a strange experience.”