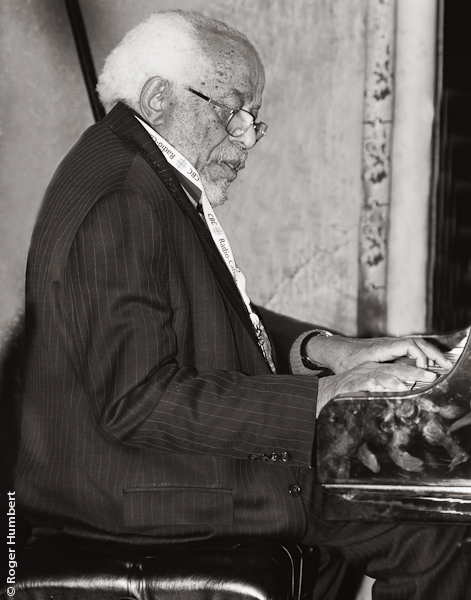 slideshow
In April 1967, pianist Barry Harris assembled a magical sextet   for what would turn out to be one of his most exciting record dates. The album for Prestige was called Luminescence! and it featured trombonist Slide Hampton, tenor saxophonist Junior Cook, baritone saxophonist Pepper Adams, bassist Bob Cranshaw and drummer Lennie McBrowne, with Harris on piano. The competitive spirit and drive for excellence is so uplifting on this date that it explodes with aggression and beauty.

Bebop recordings were quaint by the late '60s, all but pushed aside by more experimental acoustic jazz and early attempts at electronic jazz fusion. Interestingly, none of the artists on the date actually expected bebop to return to the singular position it once held in the late '40s and again in the mid-50s. Instead, these top-flight musicians were just happy to be together recording the music they loved and trading ideas in the language they knew best.

For this date, Harris contributed four originals—the title track (a play on How High the Moon), Like This, Nicaragua and Even Steven. The remaining tracks were Bud Powell's Dance of the Infidels and Webb City, and the standard My Ideal. Harris arranged them all. [Pictured: Pepper Adams]

According to Ira Gitler's fine liner notes, this was Harris' first Prestige date as a leader. As Ira points out, Slide Hampton, who was with Art Blakey and the Jazz Messengers at the time, was able to produce a French horn sound by hanging a felt beanie off the bell of his trombone.

What's most interesting about this date is how easy it all comes together. There's none of the frantic feel that's typically evident on Blue Note sessions of the period. Pepper Adams is up and running but not spraying the studio with baritone graffiti. And Junior Cook is equally restrained but powerful and deliberate.

Much of the session's measured pace is a result of Harris' patient and distinct approach. In this regard, he's operating throughout as both a bop catalyst and a conductor. But instead of waving a baton, Harris holds the horses with his precise attack and swirling bop lines.

There are lots of surprises here. Dance of the Infidels is taken at mid-tempo, allowing all of the instruments to fall into line. By contrast, Webb City flies at breakneck speed, giving all of the horns a shot at showing their stuff. My Ideal is a ballad, but Harris takes an interesting approach by having the horns open in unison. Nicaragua is a Latin original but it also bears traces of Charlie Parker's Bongo Beep. And Even Steven, the closer, is a cousin of Parker's Ornithology.

To quote Ira in his notes:

“I'm one of those people who believes that if music can make you feel better, it is doing something very essential. I come away from listening to this album feeling good every time."

I second that emotion.

JazzWax tracks: You'll find Barry Harris: Luminescence! (Prestige) with samples here. Unfortunately it's available only as a CD, though you may find it as a download at some music retail sites.