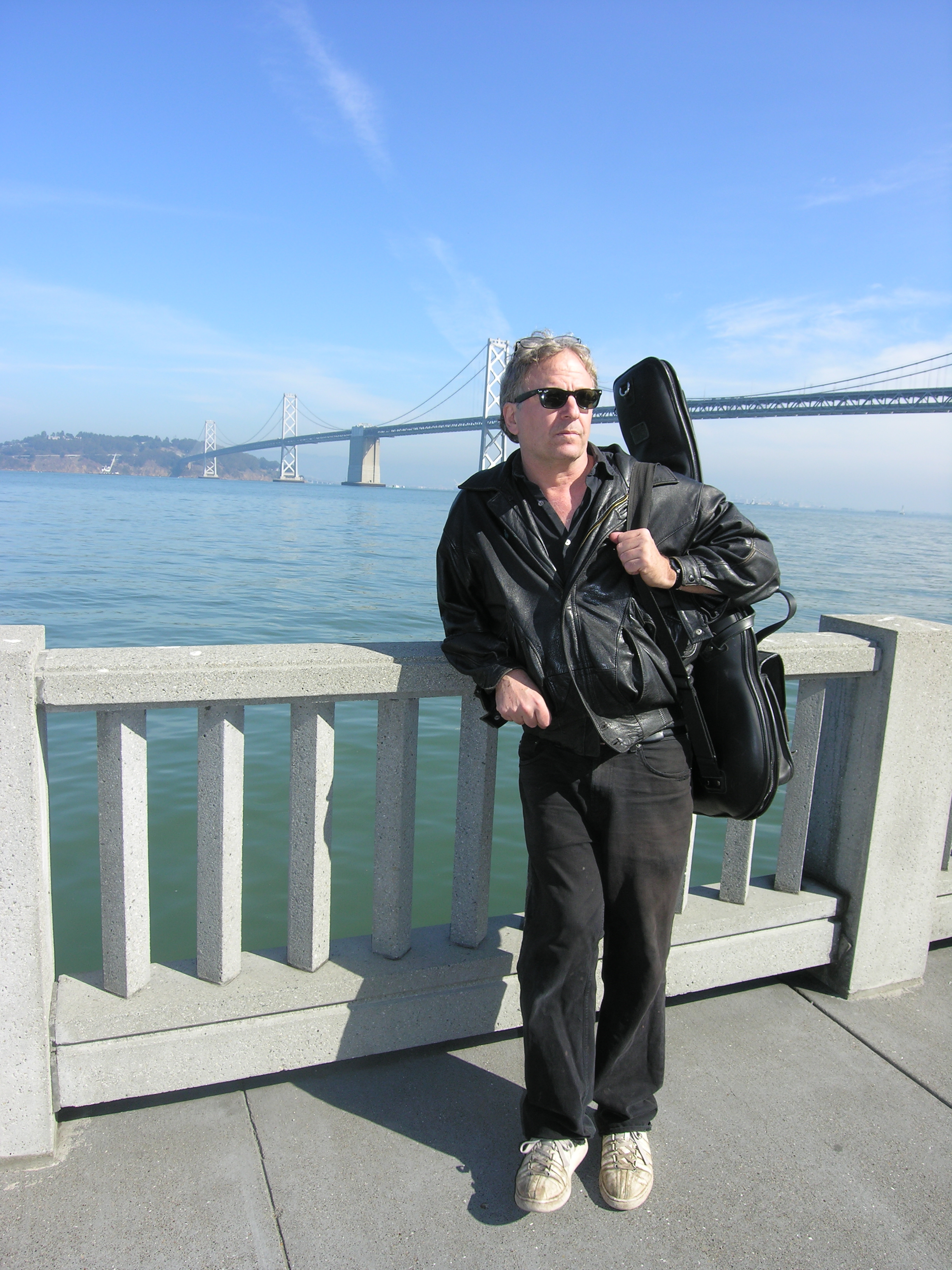 slideshow
Barry Finnerty is back. One of the top guitarists on the New York jazz scene in the 1970s, '80s and '90s -- his brilliant playing with the Crusaders, Miles Davis and the Brecker Brothers put him on the international map -- Finnerty has just released his first live studio recordings in a decade: “Blues for Trane," a bracing straight-ahead session imbued with the probing spirit of John Coltrane, and “Manhattan Sessions Part 1," a far-ranging contemporary set full of pleasing melodies and dancing grooves, deft arrangements and vital solos. Together, they capture a masterly musician in peak form, playing in the inspired company of trumpeter Randy Brecker, bassists Victor Bailey (electric) and Ron McClure (acoustic), pianist David Kikoski, drummers Graham Hawthorne and Victor Jones, and Chuggy Carter on percussion.

A San Francisco prodigy known for the fire and fluidity of his deep-grooving guitar work, Finnerty returned to the Bay Area in the late 1990s to compose, perform, and teach. He wrote a lot of music -- both new CDs showcase his artful songwriting, arranging and improvising - and also two volumes of his acclaimed “Serious Jazz" practice books, which were published by Sher Music. Fired up with a new sense of purpose, he recorded “Blues for Trane" and “Manhattan Sessions, Part 1" in New York over a two-day period in 2008. The guitarist, who was featured on such classic records as The Crusaders' top-selling “Street Life" and the Brecker Brothers “Heavy Metal Be-Bop," has never played with more feeling, lan and invention.

“It's a mature project," Finnerty says. “Now I know what I want to do and how to do it. I have all these years of experience, and now I'm ready to get back into the scene."

A versatile artist who describes his guitar style as a mix of George Benson and Jeff Beck, his prime influences, Finnerty digs into a wide range of moods and grooves. “Blues For Trane," which Cheetah Records has released in Japan (distributed by Pony/Canyon), is a blues-drenched session that mixes his originals - the stirring title track, the bopping “Innerception" and the lyrical jazz waltz “The Terrace" among them -- with fresh interpretations of tunes written and/or recorded by Coltrane. The guitarist serves up a tart, swinging version of the saxophonist's “Big Nick," colored with subtle echo effects, and a funky hip-hop rendition of Trane's “Resolution." There's a lovely, introspective reading of McCoy Tyner's ballad “Aisha" that Finnerty plays on three guitars: he shapes the melody on electric and plays the accompaniment on six and 12-string acoustic instruments. He closes the disc with an exhilarating romp through the Bronislaw Kaper standard “Green Dolphin Street," which Coltrane recorded with Miles.

“I wanted everything to have that Coltrane feeling, that blues feeling," says Finnerty, a melody-maker who can play with stinging intensity and supreme tenderness. “It's not about chops. It's about playing to that spiritual, bluesy feeling, to the soul of the music."

“Manhattan Sessions, Part 1,” which features splendid solo and ensemble work by Brecker on trumpet and flugelhorn and Kikoski on piano and Fender Rhodes, is a more composition-and-production-oriented record., released March 2010 on ESC Records in Europe. Finnerty views it as a kind of contemporary version of Benson's hit 1976 album “Breezin'." It's an up record that's musically sophisticated yet accessible. Finnerty wrote all the tunes except for “Dos Anjos (Of The Angels),” a beautifully mournful ballad by the great Brazilian composer Guinga that he plays with stripped-down emotion. On various cuts, he overdubs additional guitar parts and underscores the live playing with touches of synthesized strings and voices. There's a sunny Crusaders vibe to the tuneful opening track, “Malibu," which evokes the feeling of cruising the Pacific Coast Highway on a summer afternoon. (Flutist Hubert Laws recorded it on his “Moondance" album). Finnerty's feeling for Benson and Joe Sample flavor the high-spirited “Side of Cool," which he wrote during his fruitful tenure with the Crusaders. Brecker plays beautiful Harmon-muted trumpet on the moody “For Miles," whose spacious melody echoes the bridge of Davis' “Milestones." Another original, “Bom!" ("Good!" in Portuguese), dances in an irresistible African high-life groove. Finnerty's charming singing is heard on “Clarita," a hip, harmonically adventurous musical portrait of his longtime love. It slips into a brisk samba that makes you move.

This music revels in the energy and creativity of a gifted musician who's back on the scene with something to say and raring to play.

“I always try to cover a lot of musical bases, and make it 100 percent music, no filler," says Finnerty. “This is the best music I've ever made." Considering his rich musical past, that's saying a lot.