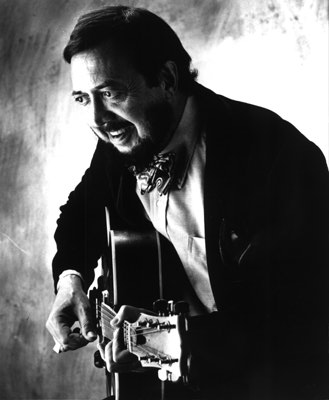 slideshow
I love the sound of a jazz guitar. But what I enjoy most aren't the melody lines, although who can deny the joy of a great guitar solo. Instead, I'm a nut for the sound of swinging guitar chords and harmonic voicings. The thicker and meatier the chords played the better, and the more of them the merrier. If you share my passion for this full guitar sound, an album that will knock you out is Barney Kessel's Soaring.

Recorded in 1976 for Concord, Soaring features Kessel on guitar, Monty Budwig on bass and Jake Hanna on drums. Kessel was among the most prolific jazz guitarists, recording on more than 500 known jazz sessions. This staggering career number does not even include all of his many credit-less studio dates for pop and rock singles and albums, or his relentless TV and movie soundtrack work.

A large chunk of Kessel's jazz recordings in the 1950s featured him as a tasty accompanist or as a leader surrounded by other West Coast giants. In the 1960s, Kessel frequently recorded jazzy pop albums that required a heavy dose of melody work to illustrate the Broadway or movie themes being covered. By contrast, on Soaring, Kessel was freed from such distractions and conformity, allowing him to stretch out as he pleased.

On Soaring, Kessel chose to place an emphasis on his chord technique for the six standards and two originals. Think block-chord piano marvel Milt Buckner--but on guitar--and you get the picture here. Kessel here is at the absolute top of his game. There are no studio gimmicks or commercial trappings, just gorgeous, hard-swinging jazz-chord playing. The result is an album that dismisses all notions that Kessel was merely a sugary studio genius who lacked a burning drive. Here, it's all drive.

The tracks You Go to My Head and Get Out of Town are taken at an uptempo pace and raise hairs. Not only is Kessel's chord technique magnificent, his taste and ability to hear what he wanted seconds before he delivered it on the guitar fretboard is amazing.

Star Eyes and I Love You are rollicking swingers that showcase Kessel's ability to keep sensational time, develop innovative musical knots and escape from them deftly. He seems to go out of his way on both tracks to throw himself into musical trouble and resolve tricky passages with beautiful escape chords.

The other two standards, Someone in Love and Beautiful Love, are gentle, mid-tempo renditions that express sensitivity through waves of caressing chords.

The two originals on the album are soft, introspective pieces. Seagull is the album's only pure ballad. But a slower pace only means more time to absorb Kessel's technique in slow motion. You're the One for Me is a delicate bossa nova that features the nimble Jake Hanna on brushes.

This is one of those perfect recordings, with daring chords and spirited melody-line bursts that only lead back to more Kessel chords. Which is how we jazz guitar lovers like it. This album is a must-own.

JazzWax tracks: Barney Kessel's Soaring is out of print but can be found as a download at eMusic here (samples are available) or as an inexpensive CD from independent sellers here.

JazzWax clip: To give you a sense of Barney Kessel's enormous taste in chord voicings and harmonies, here's the guitarist playing Here's That Rainy Day...