Baritone Saxophonist Claire Daly Salutes One Of Her Chief Musical Inspirations On 'Rah! Rah!,' To Be Released October 2 On Ride Symbol Records 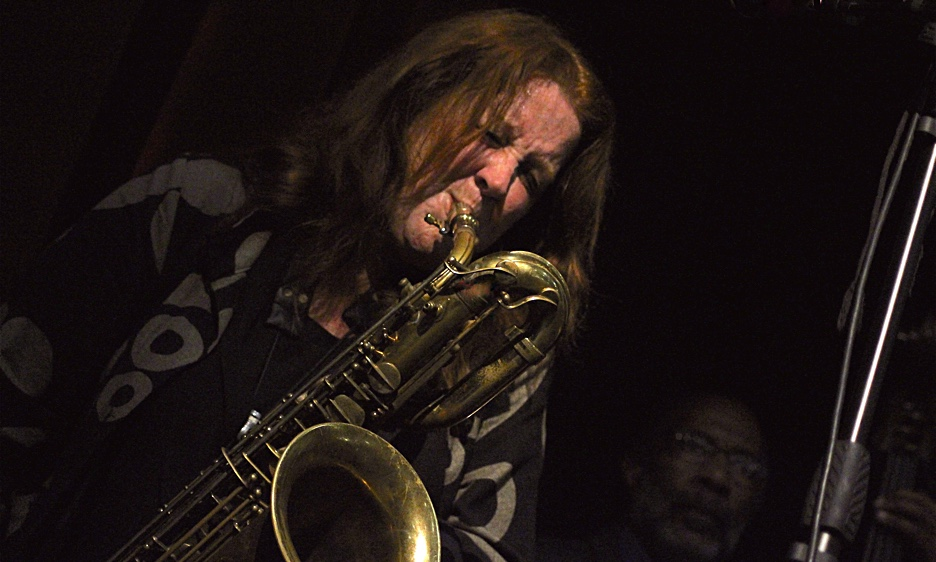 If there was ever an inspiration to me at this time in history, it is the unstoppable, fearless courage of Rahsaan Roland Kirk. Let us all summon his energy to move forward and find our new reality.
&#151Claire Daly

Baritone saxophonist Claire Daly celebrates the music and influence of the great Rahsaan Roland Kirk with all the enthusiasm promised by the title of Rah! Rah!, her new album. Set for an October 2 release on Ride Symbol Records, it’s a quartet date featuring pianist Eli Yamin, bassist Dave Hofstra, and drummer Peter Grant. It also includes eight tunes from Kirk’s repertoire, as well as two original compositions in which Daly reworks a pair of Kirk’s seminal pieces. (Kirk, who died in 1977, would have turned 85 today.)

Blind, eclectic, and larger than life, multi-reedist Kirk was also the musician who inspired the 18-year-old Daly’s direction in the music. “There was this spirit in his sound that I had never encountered,” she recalls. “He was such a force of nature. He made me so happy, and still does.”

The spirit, the force, the happiness—all of it radiates throughout Rah! Rah! Whether in Daly’s sashaying, Afro-Cuban take on Kirk’s “Theme for the Eulipions,” her uproarious interpretation of “Volunteered Slavery” (which morphs in its middle section into Sly and the Family Stone’s “Everyday People”), or the hard-driving aplomb she brings to “Blues for Alice” (a Charlie Parker composition, Kirk’s 1962 cover of which was his breakthrough recording), one can feel the icon’s zest for life and for bebop—and the lessons in both that Daly soaked up from him.

Daly also honors Kirk on the album, and indeed throughout her career, by playing multiple instruments. Her vocals appear on the aforementioned “Volunteered Slavery/Everyday People” as well as on Burt Bacharach and Hal David’s “Alfie,” both delivered with an understated charm. Kirk was also a key exponent of modern jazz flute, as Daly acknowledges with her agile fluting on “Serenade to a Cuckoo,” “Funk Underneath,” and “Momentus Brighticus,” Daly’s light-footed contrafact of Kirk’s “Bright Moments.”

That said, Daly pointedly did not go overboard in paying respects to her idol. “I wasn’t interested in mimicking Kirk or playing two horns at once like he did,” she says. Surely, if there was any message Kirk intended to impart through his art, it was to be steadfastly, defiantly oneself. With Rah! Rah!, Daly manages to both adhere to that message—“I think he gave me the freedom to have my own vibe,” she muses—and to give the messenger his just deserts.

Born in Yonkers, New York, Claire Daly was 12 years old when she picked up the alto saxophone in her Catholic school’s brand-new music program; however, she truly became a saxophonist a year later, in a moment so profound she’s never forgotten the date: September 23, 1971. That was the day her father took her to see a big band festival ending with a set by the Buddy Rich Big Band, and the sound of his saxophone section tearing into the Beatles’ “Norwegian Wood” absolutely electrified her.

Daly attended Boston’s Berklee College of Music as a saxophonist whose life changed when she encountered Rahsaan Roland Kirk through his 1976 release Return of the 5000 Lb. Man. She had not yet settled on the baritone sax, making her way through Berklee on alto and tenor. Upon moving back to New York, Daly had the opportunity to purchase Howard Johnson’s first bari sax, which provided the next epiphany of her life: “This is where I live. I am a baritone player.”

In New York, Daly built a prolific freelancing career, including work accompanying the likes of Aretha Franklin, James Brown, Rosemary Clooney, and Taj Mahal; playing in saxophonist Sahib Shihab’s big band; and holding the founding baritone chair in Sherrie Maricle’s DIVA Big Band, which she retained for seven years. In 1999 she made her solo debut with Swing Low.

In the years since, Daly has become an acclaimed soloist and bandleader. She is a three-time winner of the Jazz Journalists Association’s “Baritone Sax of the Year” Award and has made multiple appearances in the annual polls administered by Down Beat, JazzTimes, Hot House Jazz, and others. Rah! Rah! is her seventh release.

“If there was ever an inspiration to me at this time in history,” says Daly, “it is the unstoppable, fearless courage of Rahsaan Roland Kirk. Let us all summon his energy to move forward and find our new reality. Dream on.”