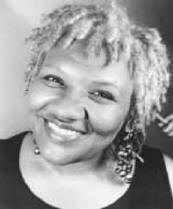 
Celebrate the life and legacy of Barbara Morrison when the acclaimed jazz and blues vocalist commemorates her 60th birthday and 35th anniversary in show business on Saturday, September 12th at the John Anson Ford Theatre (located at 2580 Cahuenga Blvd. East), from 5:00 p.m. to 9:00 p.m. Directed by Gloria Hendry, the concert will feature special guests Tierney Sutton, Gerald Wilson and a surprise appearance by a legendary sax musician. Other artists scheduled to appear include noted performers Ernie Andrews, Wycliff Gordon, and a coterie of top LA jazz musicians all celebrating 60th birthdays.

Now at the height of her powers, Morrison has clearly redefined the role of the jazz and blues vocalist within the jazz idiom. Standing apart from the styles of her contemporaries, Morrison has seduced generations of fans and fellow musicians with her melodic, two-and-a-half-octave voice. Her tone is perfectly suited for slow ballads, yet she handles up-tempo swinging blues and jazz songs with the utmost ease. Her influence on blues and jazz -- not just among vocalists, but across the entire musical spectrum -- is immeasurable. As characterized by The Los Angeles Times, “She can be as playful as Ella, as thoughtful as Sarah, and as naughty as Etta.”

Blue Lady Records, Morrison’s Los Angeles-based record label, is the current home to her catalog of blues and jazz recordings. The label is dedicated to the preservation of soul and jazz recordings and features some of Morrison’s finest moments on record, available on such great recordings as Barbara Morrison: Live At The Dakota, Barbara Morrison Live at the 9:20, Think of You Joe, I’m Gettin’ Long All Right, I Know How To Do It, Live Down Under, and Visit Me.

In addition to her active touring schedule, Morrison is an Assistant Professor in the Ethnomusicology Department at UCLA, where she has taught for the past 13 years.

Barbara Morrison’s 60th birthday celebration also commemorates her 35th anniversary in show business, a reminder of her longevity and the amazing performances that continue to make her a star in demand at top venues and jazz festivals around the world.