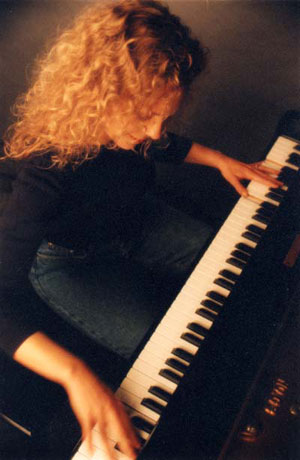 “I've been a fan of Barbara for years," says Yoshi's Oakland Artistic Director Peter Williams. “She lives here in the Bay Area, she's a wonderful player, and she has done so many things. She is a natural fit for something like this. When she performed for us recently, it all came together."

Williams echoes what observers have been saying throughout the course of Barbara's multifaceted career. “Barbara Higbie always seems to be discovering a new side of her talent," Larry Kelp wrote in the Oakland Tribune. In the Los Angeles Times, Don Heckman noted that Barbara “generated energy and enthusiasm whenever she was on stage, like a jolt of bright sunlight."

“This is beyond my wildest dreams; an artistic E-ride," says Barbara. “The chance to assemble great musicians in one of the best venues in the country is a huge honor. It's also one of the most exciting things I can imagine. The power of live music still surprises me. With this series, I hope to energize the musical conversation in the Bay Area."

Inaugurating the Yoshi's Artist in Residence program, Barbara will merge her exciting vocal and instrumental gifts with those of her closest musical friends and collaborators in a series of diverse and wide-ranging concert programs.

The schedule, to date, is: