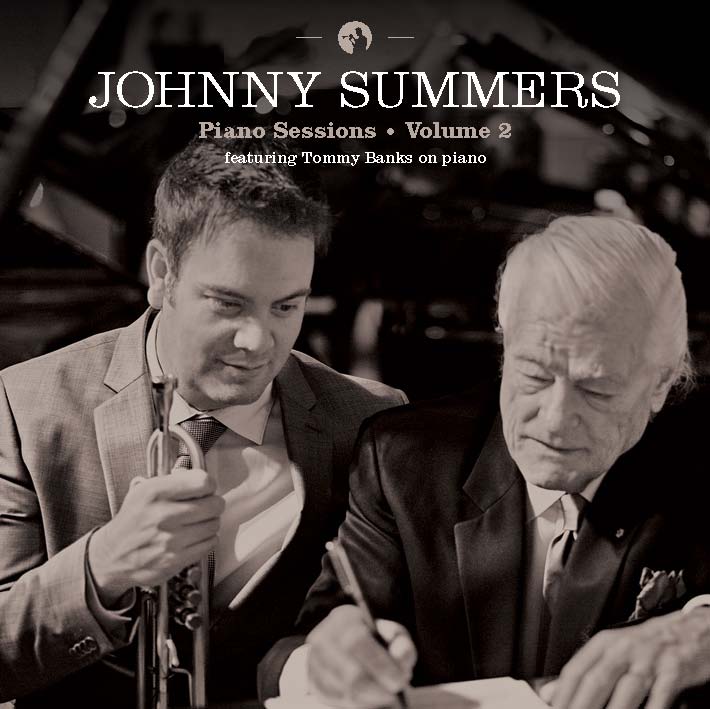 slideshow
Most musicians say they are lovers of great songs, but very few are able to show it in the way that Johnny Summers does. Johnny Summers, the 5-time Global Music Award winning trumpeter/vocalist, will perform one show at his debut U.S. Jazz Festival performance at the San Jose Jazz Summer Festival at 12:00 p.m. on August 8, 2015 at Café Stritch in San Jose, CA.

Hailing from Calgary, Alberta in Canada; for the past 10 years Johnny has been the Artistic Director of the Calgary Jazz Orchestra, a repertory orchestra which is Canada’s only year round performing large jazz ensemble. In this capacity Johnny Summers has performed as featured trumpet soloist & vocalist, as well as conductor during its regular season performances. In San Jose, Johnny will be performing selections from his critically acclaimed new album Piano Sessions – Volume 2. Johnny brings in pianist Egor Ukoloff to handle the duties carried out by Tommy Banks on the album.

Piano Sessions Volume 2, with liner notes written by the Wall Street Journal’s Will Friedwald, contains a cornucopia of jazz standards, classic blues, and thoughtful original compositions penned by both Johnny and Tommy. The album comprises 14 tracks, and places the piano and voice/trumpet at the center piece of every song. Accompanied by award-winning pianist, and former Canadian Senator, Tommy Banks on all tracks, Johnny brings in a “who’s who” of top Canadian Jazz musicians as special guests including the following: Jeremy Brown, tenor saxophone; Eric Allison, tenor saxophone; Kodi Hutchinson, acoustic bass; and Brendan McElroy, acoustic bass.

“I’m really excited to be making my U.S. Jazz Festival debut with an organization as historic as San Jose Jazz,” says Johnny. “It’s really a dream come true to be able to perform the music I’ve worked so hard on, in a place where Jazz is truly appreciated and loved. Since it’s my debut of the music from my new album, that makes it even more special! I’m looking forward to being part of this great event, connecting with great people and making some great music."

SummerTime Music is proud to announce the performance of Johnny Summers as part of the San Jose Jazz Summer Festival at 12:00 p.m. on August 8, 2015 at Café Stritch.