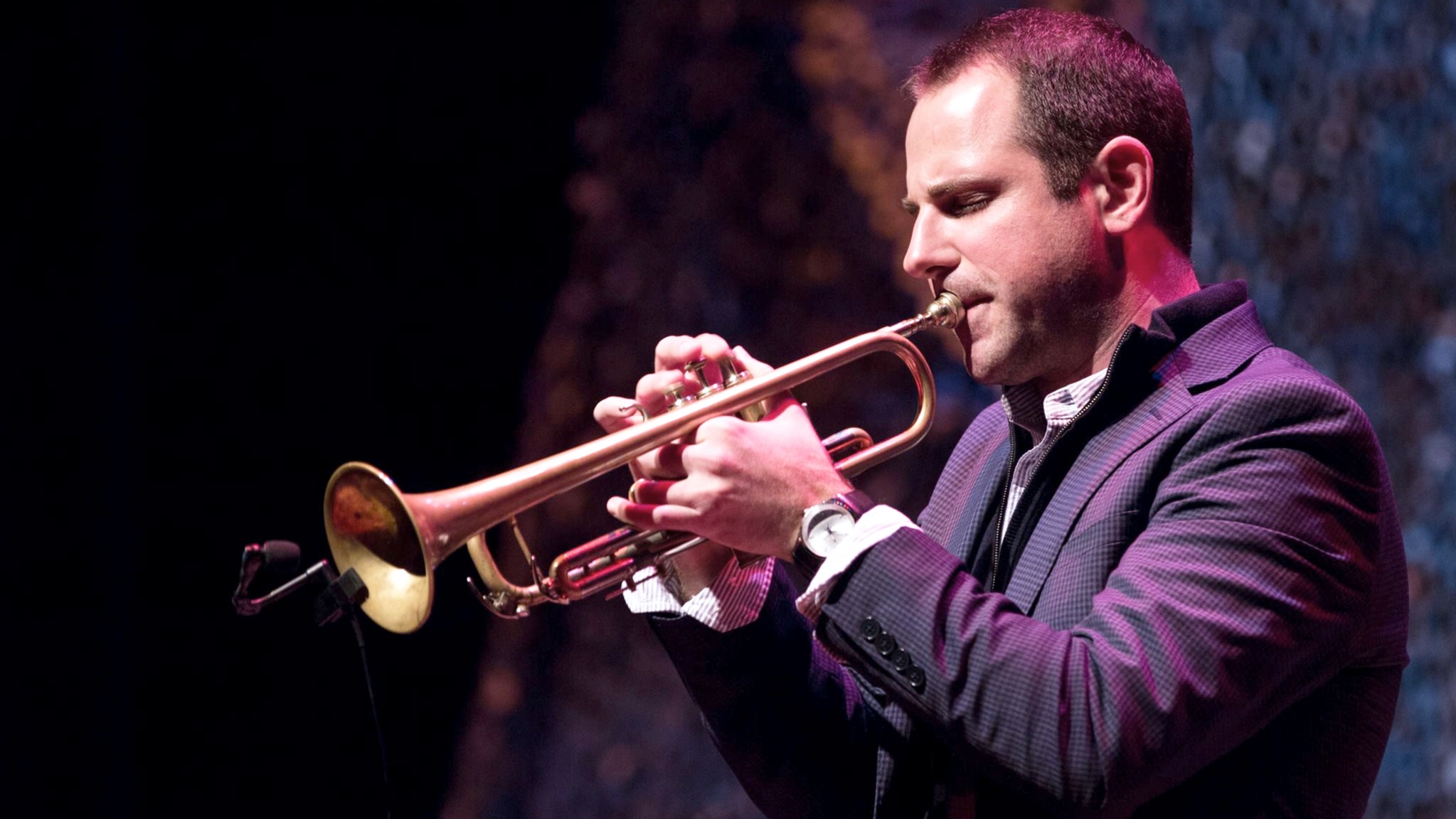 slideshow
Atlanta, GA: “The 36th Annual Atlanta Jazz Festival will shine a spotlight on the wealth of emerging talent in the jazz world as we celebrate Generation Next,” states Camille Russell Love, Director of the City of Atlanta Office of Cultural Affairs. “We have always presented the best and brightest on the scene and this year we continue that mission with a focus on where jazz is right now and where it’s heading. Audiences will enjoy a wide spectrum of styles from traditional straight-ahead, Latin jazz and swing to jazz flavored with neo-soul, hip-hop, R&B and world music. As technology brings us closer, musicians are collaborating from all corners of the globe and we’re entering a new age of jazz. Join us as we present some of todays’ most vibrant and innovative jazz artists including Cécile McLorin Salvant, Dominick Farinacci, Meshell Ndegeocello, José James, Tia Fuller, Aruán Ortiz, Gretchen Parlato, and Rudresh Mahanthappa. Come experience three exhilarating days of FREE music over Memorial Day Weekend (May 25-27) in historic Piedmont Park.”

Here’s information on six of the incredible artists who’ll be performing in Piedmont Park from May 25-27:

Singer Cécile McLorin Salvant was born and raised in Miami of a French mother and a Haitian father. She started classical piano studies at 5, and began singing in the Miami Choral Society at 8. In 2007, Cécile moved to France to study law, classical and baroque voice at the Darius Milhaud Conservatory. It was with reedist and teacher Jean-François Bonnel that she started learning improvisation and expanded her vocal repertoire from the 1910’s onward. In 2009, after a series of concerts in Paris, she recorded her first album, Cécile. A year later, she won the Thelonious Monk competition in Washington D.C. Cécile sings jazz standards and original songs. She has performed at numerous festivals such as Jazz à Vienne, Whitley Bay in England, Montauban in France, the Spoleto Jazz Festival and the Detroit Jazz Festival, and with Wynton Marsalis at Jazz at Lincoln Center in New York, at Chicago’s Symphony Center, as well as with her own band at the Kennedy Center.

Ben Ratliff of the New York Times says of McLorin Salvant, “She sang less-than-obvious set choices … stamped out the lines with authority and power and a bit of outrageousness. She sang a Bessie Smith song about refusing a rough man’s advances, turning it into an extravagant story.” The magazine Paris Hot Club has called her a “true and remarkable jazz singer…a young jazz prodigy.”

Trumpeter Dominick Farinacci is a world-class musician with nine recordings and countless U.S. and international tours to his credit. His repertoire includes fresh interpretations of classics by Ornette Coleman, Astor Piazzolla and Billie Holiday and well as self-penned originals.

Farinaci was supremely flattered after the release of Lovers, Tales and Dances, when the great Quincy Jones popped by the hip Los Angeles club Vibrato to check out his show. He had recorded an obscure Q composition, The Theme From The Pawnbroker. Jones’ response, “This kid is 360 degrees!”—a reference to the cosmopolitan, culturally expansive range of American and world music influences that Farinacci brings to his unique blend of traditional and contemporary jazz. That night at Vibrato came just 10 years after Wynton Marsalis had invited Farinacci, a Juilliard bound Cleveland high school student, to be a special guest on the PBS Broadcast “Live From Lincoln Center.”

A bassist above all else, Meshell Ndegeocello brings her signature warmth and groove to everything she does and has appeared alongside the Rolling Stones, Madonna, Alanis Morrisette, James Blood Ulmer, The Blind Boys of Alabama, Tony Allen, John Medeski, John Mellencamp, Billy Preston, and Chaka Khan. As for her own bass-playing influences, she credits Sting, Jaco Pastorius, Family Man Barrett, and Stevie Wonder. Meshell was the first woman to be featured on the cover of Bass Player Magazine and is one of few women who write the music and lead the band.

“Pour Une Âme Souvraine" (For a Sovereign Soul), A Dedication to Nina Simone, is Meshell's tenth record. Produced by Meshell and guitarist Chris Bruce, the album is a labor of love, a reflection of Meshell's awe, and affection for the pioneering work of a woman who refused to be owned by genre or expectation. The results are intoxicating. While Nina Simone is no longer here to pass the torch, this album clearly nominates Meshell as her heir apparent.

Singer José James has established himself as a trailblazer for his intoxicating blend of jazz, hip-hop, R&B and electronica. His 2008 debut The Dreamer and its 2010 follow-up, BlackMagic – both produced by the world-renowned DJ Gilles Peterson – transformed the Minneapolis-born, New York-based singer into an underground sensation in both the modern jazz and DJ culture scenes.

“No Beginning No End sums up how I feel about music right now,” says José James of his Blue Note Records debut. “Once I realized that jazz singing is just something that I do and it’s just a label, it freed me as an artist to write without any boundaries.” The CD reflects a deep regard for pop song structures while retaining the “element of surprise” associated with jazz. Much of the music draws upon James’ love for the softer sounds of late-‘60s and ’70s R&B, particularly the music of Roberta Flack, Donny Hathaway and Marvin Gaye. It marks a new chapter in the artistic journey of the 33-year-old singer/songwriter.

On Angelic Warrior, Fuller makes an aesthetic statement that’s fully her own. The album celebrates the peaceful demeanor of the ‘angel’ and the drive and determination of the ‘warrior’ spirit within. Fuller says, “While writing this album, I was balancing different aspects in my life and career…pulling from the ‘warrior’ energy, while remaining graceful in my spirit.” The CD also pays homage to Fuller’s dad (bassist Fred Fuller) and her mother (vocalist Elthopia Fuller). Though Fuller’s aesthetic statement is grounded in the jazz of greats like Thelonious Monk, her influences range from Cole Porter and Terri Lyne Carrington to Beyonce.

Aruán Ortiz is a critically acclaimed Cuban pianist, an award-winning composer, and a solid producer and educator, both on the New York scene and internationally. Named “the latest Cuban wunderkind to arrive in the United States” by BET Jazz, the classically trained violist and pianist from Santiago de Cuba simply considers himself “a curious person who loves music.” His music is an architectural structure of sounds, incorporating contemporary classical music, Afro-Cuban rhythms and improvisation. Since arriving in New York in 2008, Aruán has made five recordings, all well received by the critics. Alameda (2010), received four stars in Jazzwise Magazine (U.K.), and was reviewed as “a sophisticated outing of modern jazz." The modern jazz effort, Orbiting (2012) received 4.5 stars from Downbeat Magazine. His latest CD is Banned in London (2012). Bill Milkowski from JazzTimes Magazine recently proclaimed Aruán’s work as “the arrival of a major new talent."

Gretchen Parlato's 2009 sophomore breakthrough, In a Dream, signaled the arrival of an incredibly inventive modern jazz singer. Her follow-up, The Lost and Found, demonstrates that she has staying power. In a Dream garnered international acclaim with Billboard magazine hailing it as “the most alluring jazz vocal album of 2009"; it also made it onto the top year-end polls for Jazz Times, the Boston Globe, the Village Voice and NPR. The Lost and Found exposes an even greater dynamic range. “I feel like I stepped out of my own way and allowed myself to be more revealing and vulnerable through the music," reflects Parlato.

An alumnus of the Thelonious Monk Institute, Parlato has been turning heads ever since she won the 2004 Thelonious Monk Institute International Vocal Competition. Her sultry, intriguing voice and unique, rhythmically agile phrasing came with inescapable centripetal force; the more intimate and understated she sang, the more she drew listeners in. Since then she has toured worldwide to sold-out audiences with BBC Radio proclaiming, “Star over London...A star is born!" Her originality captivates musicians as well, prompting invitations to appear on over 50 recordings with the likes of Terence Blanchard, Kenny Barron, Terri Lynn Carrington and Esperanza Spalding.

Saxophonist/composer Rudresh Mahanthappa has a unique ability to embody the expansive possibilities of jazz with his Indian culture. His sound hybridizes progressive jazz and South Indian classical music in a fluid and forward-looking form that reflects his experience growing up as a second-generation Indian-American. Mahanthappa spent his early years in Colorado then studied at Berklee College of Music. In 2008 he released the critically-acclaimed CD, Kinsmen and 2010’s Samdhi was hailed by JazzTimes as a “landmark convergence of styles.” Mahanthappa latest CD, Gamak (2013), includes guitarist David “Fuze" Fiuczynski, bassist Francois Moutin and percussionist Dan Weiss. Their performance at New York's Winter Jazz Fest was heralded in the NY Times as, “bracing and physical... it dislodged the realest crowd roars heard at an improvised music concert in a while."

Mahanthappa has been awarded a Guggenheim Fellowship and a New York Foundation for the Arts Fellowship. He was named alto saxophonist of the year in Downbeat’s 2011 & 2012 International Critics Polls. These accolades as well as critical praise from outlets such as NPR, the Los Angeles Times, the Village Voice and the New Yorker, point to Mahanthappa’s expanding role as a pioneer in the contemporary jazz world.

Where is the 36th Annual Atlanta Jazz Festival taking place? Piedmont Park, located in the heart of midtown Atlanta, is the perfect setting for the festival. The historic location includes meadows, tennis courts, a swimming pool, gardens and a picturesque lake. It is conveniently located near numerous hotels and inns, and is within walking distance of some of the city’s best bistros and restaurants. MARTA, Atlanta’s rapid transit system, is just blocks away.

During the festival, Piedmont Park will be open from 10 am to 11 pm daily. The family-friendly atmosphere will include two KidZone areas with games, inflatables and activities. Shopping will be available in booths displaying unique art, clothing and jewelry. A wide variety of food vendors will tempt your taste buds with BBQ, gyros, burgers, Caribbean foods and more!

The 36th Annual Atlanta Jazz Festival is presented by the City of Atlanta Office of Cultural Affairs, a division of the Department of Parks, Recreation and Cultural Affairs. The Atlanta Jazz Festival is a 501(c)(3) non-profit cultural organization whose mission is to educate and entertain a diverse audience of jazz fans and to nurture the next generation of jazz musicians. Join us on Facebook at AtlantaJazzFestival and visit the official festival web site at atlantafestivals.com for all the latest news!