At the Vanguard, a Conversation for Three, Running Hot and Cool 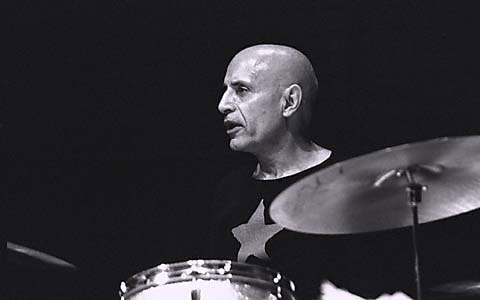 slideshow
Near the end of his second sold-out set at the Village Vanguard on Sunday night, the drummer Paul Motian started into one of his friskier tunes, “23rd Street Theme.”

The tenor saxophonist Chris Potter and the pianist Jason Moran, who round out a group he calls 3 in 1, breezed through the syncopated melody together. Then came an illuminating contrast, as each of Mr. Motian’s attentive partners took a turn pairing off with him.

Their approaches weren’t divergent so much as conceptually distinct. Mr. Potter, pushing out his sound in gusts, held fast to a linear momentum, with each of his ideas falling into oblique alignment with the one that came before. Mr. Moran advanced a rumbling wit, using both hands to flesh out his variations on the theme. Absorbing the two solos, with their separate rigors, felt a bit like viewing adjacent paintings by Mondrian and Mir.

Mr. Motian has never had a problem reconciling multiple strains of modernism. Throughout “23rd Street Theme” and another lively original, “Onetwo,” he kept flowing time on a ride cymbal, adding annotative thumps with his bass drum. During the greater part of the set he stirred the air with brushes, maintaining a ballad pulse. The feeling was loose but hardly ever vague because of the counterweight of his band mates.

The playing of Mr. Moran in particular had a strong pull in the music, attesting to some deep compatibility with Mr. Motian. An original called “Casino” began with a solemn preamble on piano, and Mr. Moran summoned similar forces of concentration in his solo, making almost every note feel carefully determined. On the Billie Holiday-Arthur Herzog Jr. ballad “Don’t Explain,” his gently tolling chords created an air of fragile contemplation, which he disrupted just once, with a percussive and dissonant stab.