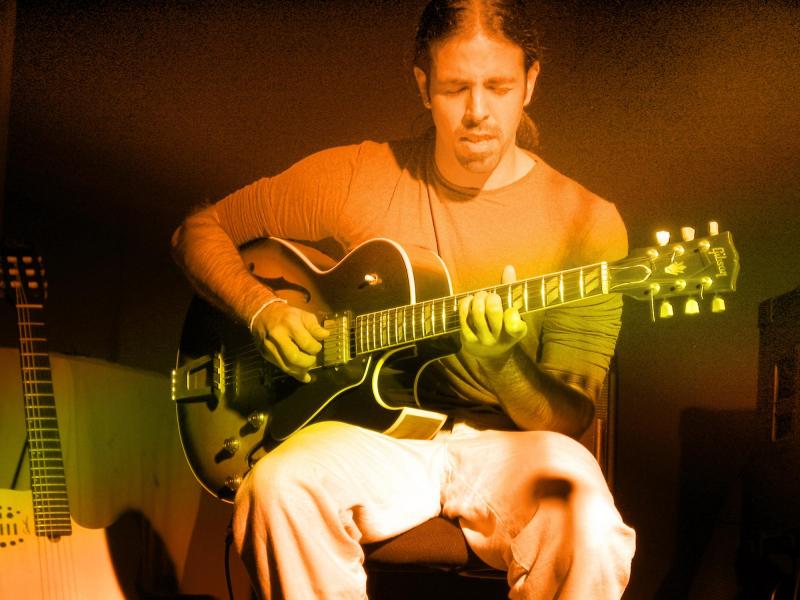 slideshow
Assaf Kehati Trio featuring legendary drummer, Billy Hart will perform on June 4th and 5th at Twins Jazz in Washington, DC. Playing at 9pm and 11pm each night. The trio will also perform on June 6th at An Die Musik Live in Baltimore, MD. Playing at 5pm and 7pm.

Assaf Kehati has been performing with legendary drummer Billy Hart and up-and-coming bassist Noam Wiesenberg in the past two years. The trio plays both Kehatis and Harts original compositions as well as jazz standards by composers such as Arthur Altman, Irving Berlin and Ray Noble. His debut CD A View From My Window was released in January 2010 and is played on radio stations worldwide in the USA, Portugal, Israel, Macedonia, Spain, London, Switzerland, Greece and Canada.

Billy Hart is one of the most in-demand jazz drummers alive. He has worked with some of the most important jazz musicians in history like Miles Davis, Wayne Shorter, Wes Montgomery, Michael Brecker, Pat Metheny, Herbie Hancock, Stan Getz, Jimmy Smith and appeared on more than 600 records. His current group is a quartet with Mark Turner, Ethan Iverson, and Ben Street.

Noam Wiesenberg has been a recipient of the AICFs scholarships for 10 years (1998-2008). By winning 2nd prize in the Israeli Jazz Player of the Year competition, Noam participated in the annual IASJ convention, held in Riga, Latvia. He has performed/recorded with acclaimed artists, including: Jeff tain Watts, Roy Hargrove, Avishai Cohen (Trumpet), Daniel Zamir, Matisyahu, Julian Lage, Mark OConnor, Andy Statman, Zohar Fresco and many more.