As Twitter Tumbles, Rumors Of A Switch To Algorithm Based Feeds Are False 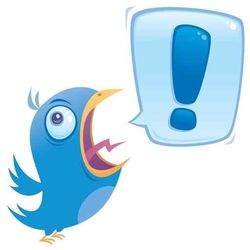 Twitter stock tumbled yesterday after the company reported slower user growth.  This came after a week  of consternation among Twitter users after a rumor began to circulate that the service would be switching a Facebookesque newsfeed, where user only see posts deemed popular or relevant to their interests.

Twitter was in a panic last week as rumors circulated that the service was moving towards an algorithm-based feed that would select which tweets you see instead of by the time posted as they are now. The company's president, Jack Dorsey, has now made an official announcement denying the rumor, stating that it's trying to make it “feel more, not less, live."

In Facebook, an algorithm selects the posts that you see in your Newsfeed by how popular they are and how relevant they are to you, which means that you miss around 98% of the things posted by your friends and followers.

With Twitter, you see everything posted by those that you follow, but chances are that you won't want to dig back through a few hours or more of tweets, so usually the ones seen are the most recent.

A change to an algorithm would mean that tweets would be selected for you based upon your preferences and viewing habits, which means that the element of live news would be somewhat replaced. Thankfully, that's not the case as the company says it has no intentions of changing.

This is a big deal if you're using Twitter for promotion in that the Facebook algorithm means that only around 2 to 3% of your friends and followers are seeing your posts, unless you pay to promote them.

This is a good move for Twitter in that its user numbers have flattened at around 300 million, and the last thing that it needed was any controversy that might have caused users to flee to another service.