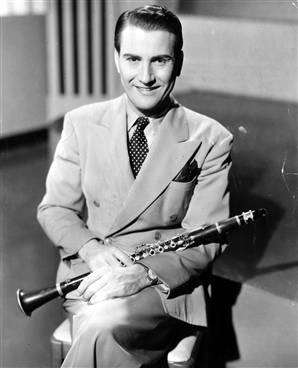 slideshow
In 1949, Artie Shaw needed money. He would later claim the cash infusion was sought to help settle back taxes owed. But alimony payments to novelist Kathleen Winsor, whom he had just divorced, were certainly a financial drain. Just a year earlier, Shaw had vowed never again to front a dance band, carping about having to play Stardust night after night. And yet in August 1949, for a number of pragmatic reason, Shaw assembled one of the finest orchestras of his career. It's well documented on Artie Shaw: The Complete Thesaurus Transcriptions 1949 (Hep).

Shaw's so-called “fast-money band" of '49 is one of my favorites. It features a staggering lineup of musicians along with smart, modern arrangements that finally placed Shaw's clarinet in a post-war setting. His playing, mostly in the lower register, is jaunty and romantic without being over the top in either mode. Best of all, performances by the band's sidemen mirror Shaw's sophisticated style—though  you feel Shaw being pulled into a new approach by their polished attack.

Eager to erase his tax debt and ease his alimony burden as quickly as possible, Shaw agreed to record 50 songs from his new and updated book of charts for Thesaurus, a transcription service owned by RCA, which meant its radio network NBC.