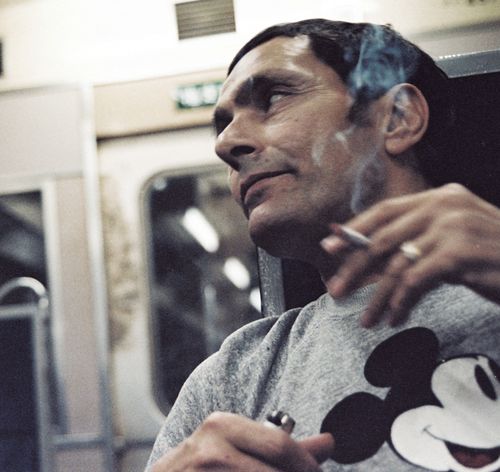 slideshow
Jazz has always used the American Songbook as marble slabs to sculpt beautiful works of art. Jazz artists who recorded the most moving versions of these standards tended to be best associated with them. For example, Coleman Hawkins owned Body and Soul after his hit rendition in 1939, and Charlie Parker owned Just Friends and April in Paris after he recorded them with strings in 1949. After Art Tatum played Tea for Two in 1933, James P. Johnson said, “When Tatum played Tea for Two that night, I guess that was the first time I ever heard it really played."

In similar fashion, Art Pepper owned Over the Rainbow. His best-known solo version of the ballad came in 1951 as a member of Shorty Rogers' Giants. Pepper would record the song more than 15 times over the course of his career in both live and studio settings, and each version was an attempt to match the beauty and innocence of his 1951 solo.

But Pepper's first solo on the song actually came two years earlier in 1949, when he was in a 13-piece band led by arranger Tom Talbert that included pianist Claude Williamson. While Pepper had been in the reed section of Stan Kenton's band when it performed Pete Rugolo's arrangement of Over the Rainbow on the road with vocalist June Christy, there was no solo time.

On the barely known Talbert track from '49, Pepper has a 16-measure solo, which gives us a glimmer of Pepper's greatness to come in small groups of the 1950s. Pepper also has solo time on Talbert's I Cover the Waterfront and Love Is Just Around the Corner from the same session. If you're unfamiliar with Talbert, he was a superb arranger who cut his teeth in Boyd Raeburn's mid-1940s band, and in the mid-1950s Talbert arranged a superb octet album called Bix, Duke, Fats (Atlantic). He then went on to arrange for TV and the movies, and died in 2005.

Talbert's 1949 band is important because it foreshadowed the West Coast orchestral jazz sound that Shorty Rogers, Bill Holman and other arrangers would advance in the early 1950s. Here's Pepper [above] on Talbert's up-tempo arrangement of Over the Rainbow (at 1:06) and his charts (with Pepper solos) for I Cover the Waterfront and Love Is Just Around the Corner. Man, dig those Talbert arrangements!

And here's Pepper's recording of Over the Rainbow with Shorty Rogers in 1951...

JazzWax tracks: You'll find the three Talbert tracks and the rest of Talbert's terrific recordings between 1946 and 1949 here. Art Pepper's recording with Rogers can be found here.