SOURCE: BLACKSMITH BROTHER
May 12, 2014
Sign in to view read count 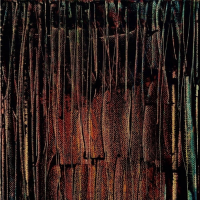 Armen Nalbandian (b. 1978 in Manchester, England) is a jazz pianist, composer and humanitarian.

In addition to the piano, he has been known to perform on the Fender Rhodes mechanical piano, and contributes to produce jazz, improvised and experimental music in California. Nalbandian is the composer of over 1100 works in addition to having led more than 20 different ensembles over the last decade. Nalbandian's compositions have included music for his trio, string quartets, orchestral music, music for theater, Armenian folk music, and “game pieces.” His primary ensemble is the Armen Nalbandian Trio.

Nalbandian is a protegee of pianist John Hicks and has performed with Billy Higgins, comedian Dave Chappelle and Han Bennink.

Nalbandian is the founder of Blacksmith Brother Music. In 2008, Nalbandian was named as a finalist in the 2008 Gilles Peterson Worldwide Talent Search. Armen Nalbandian returned to performance on January 20, 2009, as Music Director for the Day One Event, celebrating the inauguration of Barack Obama and a few weeks later in a tribute to Hip Hop producer J Dilla in a benefit for Jay Dee's mother, Ma Dukes.

Nalbandian's most recent recordings include Coup de Grace: a duet album with Han Bennink and Quiet, as it's Kept: a trio album featuring Eric Revis and Nasheet Waits.