"Another Long Night" Of Success 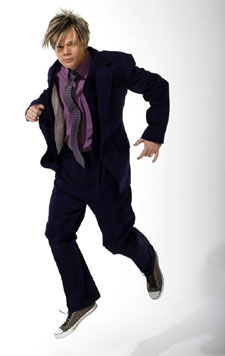 Los Angeles, CA: Fervent interest from Brian Culbertson’s international legion of fans powered the contemporary jazz star past his fundraising goal two weeks ahead of the close of the Indiegogo campaign launched to help bring his passion project to fruition: re-recording his entire debut album, “Long Night Out,” as “Another Long Night Out,” which will be released in February 2014 in conjunction with the 20th anniversary of the release of the original record.

The multi-instrumentalist was a 20-year-old DePaul University student recording demos in the bedroom of the crowded Chicago apartment that he shared with three roommates playing most of the instruments himself on the tracks that landed him a six-album record deal, but this time out he will be accompanied by many of contemporary jazz’s finest musicians – those who inspired him while making the first recording. Along with a 38-piece orchestra that will appear on a handful of tracks with arrangements by Culbertson and David Benoit, heavyweights who have already recorded parts include Rippington’s Russ Freeman, Eric Marienthal, Candy Dulfer, Toto’s Steve Lukather, Paul Jackson Jr, Fourplay’s Chuck Loeb and Nathan East, Jimmy Haslip and Will Kennedy of Yellowjackets fame, Ricky Lawson, Michael Thompson, Lenny Castro, Michael Bland and Michael "Patches" Stewart with a few more marquee artists soon to be confirmed for Culbertson’s 14th collection.

“For many years, I have wanted to remake the first album using real musicians and thought the 20th anniversary would be the perfect time. I turned to crowdsourcing because I saw it as a way for fans to be more involved and get cool opportunities they normally wouldn’t get and I am all about that,” said Culbertson. “’Another Long Night Out’ is a return to my roots as a contemporary jazz player compared to the more commercial instrumental funk and R&B that I’ve been doing lately. I always liked these songs and I even like them more now with real musicians playing them.”

Escaping the studio last week to co-host a weeklong jaunt to the Mexican Riviera aboard The Smooth Jazz Cruise with soul saxsation Boney James, Culbertson is back on land recording, pausing only to play concert dates this weekend in Las Vegas and Phoenix. Also a lifestyle curator who serves as Founder and Artistic Director of the Napa Valley Jazz Getaway, ticket sales are robust for Culbertson’s third annual wine and jazz festival in California wine country slotted for June 11-15, 2014. Culbertson will top the bill that features more than 18 artists including Eric Benet , Lee Ritenour, Dave Grusin, Morris Day and The Time, Earl Klugh, Mavis Staples, Eric Darius, Average White Band and comedian Keenen Ivory Wayans.