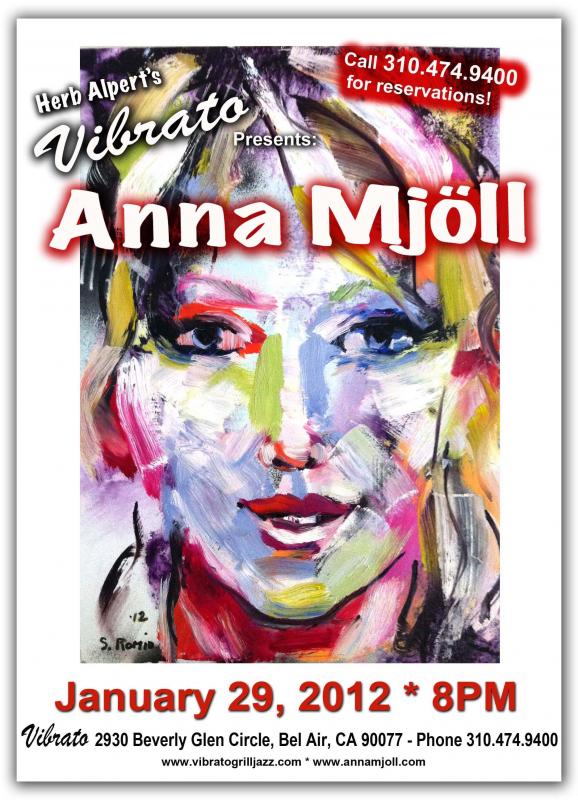 Iceland's Anna Mjoll grew up in one of her country's leading musical families, eventually representing Iceland in the famed Eurovision Song Contest. She then joined the band of Julio Iglesias, touring worldwide before setting out on her own career as a jazz singer and songwriter. Mjoll has quietly built a following around L.A. over the past two years, becoming one of the only vocalists to be a regular at the classy Vibrato supper club. Mjoll's striking beauty and often-breathtaking dresses combine with singing talent that's recently drawn praise from jazz luminaries including George Duke, Don Heckman and Dave Weckl. Add Mjoll's penchant for offbeat humor and a running dialogue with the audience, and you might find yourself wondering how long it'll be before she's headlining somewhere in Las Vegas—Sir Tom Jones is already a frequent guest at her shows in town.