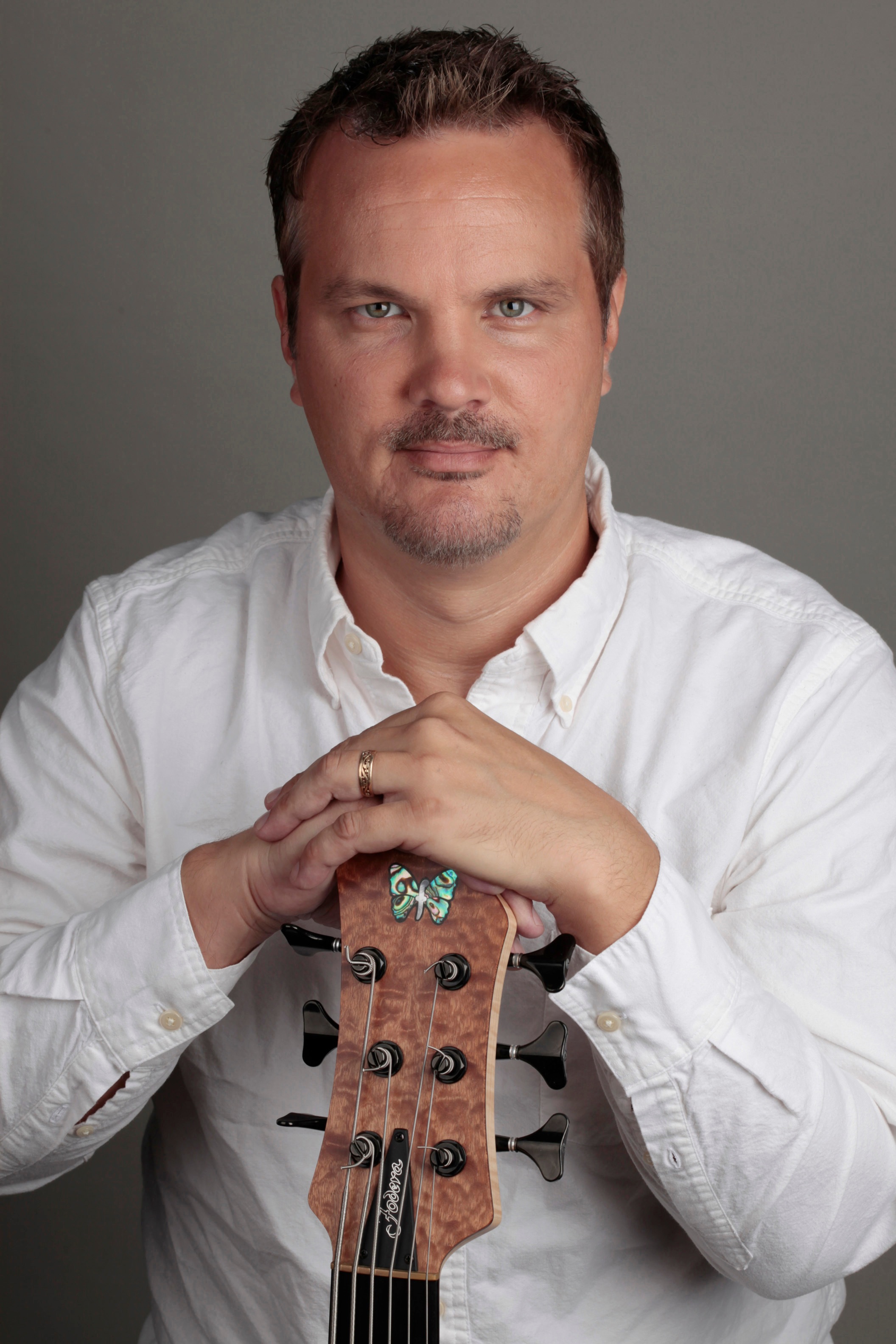 slideshow
Cambridge, MA: Cambridge's jazz hotspot—the Regattabar—will present An Evening with A Superband: Mike Pope & the House of Cardinals featuring acoustic and electric bassist and composer Mike Pope, pianist Eldar Djangirov, vibraphonist Joe Locke, saxophonist Bob Franceschini and drummer Mauricio Zottarelli on Tuesday, June 10, 2014, 7:30 PM. The Regattabar is located in the Charles Hotel, One Bennett Street, Cambridge, MA 02138. Tickets at $25.00 are on sale now at regattabarjazz.com or information and tickets are also available by calling 617-395-7757. The Regattabar is wheelchair accessible.

Chick Corea Elektric Band bassist Mike Pope has been described as having “Jaw- dropping exuberance and precision" by the Ottawa Citizen and in a review of Mike's 2003 release, Alexander M. Stern wrote in All About Jazz, “In a year that has already produced a number of excellent recordings, Mike Pope’s The Lay Of The Land may well be one of the best. It’s certainly one of the most exciting new albums this reviewer has heard in a long time.” That CD featured such heavy-hitters as Michael Brecker, Mike Stern, John Patitucci, Jeff “Tain" Watts, Joe Locke, Randy Brecker, Henry Hey, Seamus Blake and Jim White.

Mike was raised in Bowling Green, Ohio by parents who were classical musicians and educators. At the University of North Texas, Pope encountered saxophonist Michael Brecker who suggested he move to New York City. The young bassist was soon playing with Brecker, Blood, Sweat and Tears, Manhattan Transfer, and countless other jazz stars. John Patitucci calls him “a musician of broad scope and tremendous talent. His virtuosity on electric and acoustic bass is rare even by today’s standards.”

In one of the greatest traditions in jazz, high caliber, in-demand musicians love performing with other musicians of excellence. With the new CD, Cold Truth, Warm Heart, Mike Pope's third album as a leader, the virtuoso acoustic and electric bassist has again created a forum for that to happen. The result, which features six original compositions, a tune penned by Joe Locke, a jazz version of a Chopin Prelude and a cut by Ukrainian composer Reinhold Gliere written in 1907, offers something musically new and fascinating. And, like his 2003 release, the new disc features some equally heavy-hitting players: Joe Locke, Seamus Blake, Mauricio Zottarelli, Geoffrey Keezer, Lydia Courtney and Alan Blackman.

The live touring band features another incredible lineup. Appearing at the Regattabar show is the extraordinary, 27-year-old Grammy-nominated pianist from the Soviet Union, Eldar Djangirov, who was described by The New York Times as having “a blend of musical intelligence, organizational savvy, enthusiasm and prowess that was all the more impressive for seeming so casual . . . [he's] an ebullient impressionist." When Eldar Djangirov (pronounced john-'gear-ov) was signed to Sony Masterworks at the age of 17, the young pianist was already well known for his prodigious pyrotechnics and precocious knowledge of the bebop tradition.  Along the way, he's had the good fortune to meet and work with the masters including Dr. Billy Taylor, Michael Brecker, Marian McPartland, Dave Brubeck, Wynton Marsalis, Joshua Redman, Chris Potter, Nicholas Payton, Harvey Mason, Chris Botti, Joe Locke, Ron Carter, Pat Martino, Roy Hargrove and many others.

Another of the “cardinals" in this five-star group is one of the pre-eminent vibraphonists in jazz. Joe Locke, who appears on the new CD and also on Pope's previous issue, has performed and recorded with a diverse range of notable musicians, including Grover Washington Jr, Kenny Barron, Eddie Henderson, Cecil Taylor, Dianne Reeves, Ron Carter, The Beastie Boys, the Münster Symphony Orchestra and the Lincoln, Nebraska Symphony. Locke has also won numerous awards and polls, including the 2006, 2008 and 2009 “Mallet Player of the Year" award from the Jazz Journalists Association.