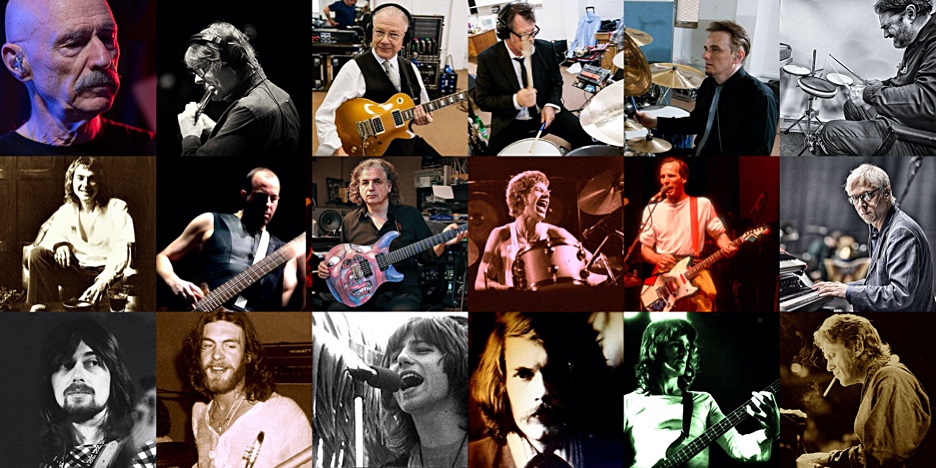 Needless to say, I’m thrilled that my very first book will be released by the publishing arm of King Crimson’s longtime label, Panegyric Recordings.
—John Kelman

All About Jazz Senior Contributor John Kelman is pleased to announce, after nearly fifteen years associated with the website, his first book, currently in progress and expected to be released sometime next year by Panegyric Publishing. The book revolves around his vast amount of writing about King Crimson, one of the founding fathers of progressive rock though, 50 years on, the group prefers not to be saddled with what has become a reductionist term.

The book will repurpose his AAJ writing about the band, from CD and box set reviews spanning the group’s entire career to live performance coverage and interviews with members of the current seven-piece lineup and more. The AAJ content will be revised and upgraded/updated, giving John the opportunity to improve upon what he has already written. There will also be new content written as “connective tissue” to tie everything together.

The book’s purview will include all of John’s articles about King Crimson, solo projects by KC members, past and present, and a “one degree of separation” philosophy, to extend things a little further So, since Bill Bruford worked with guitarist Allan Holdsworth and keyboardist Dave Stewart, for example, in the former Crimson drummer’s first group as a leader, Bruford, a select group of articles about both artists will also be included. Similarly, since Crimson guitarist/keyboardist Robert Fripp has worked in a duo with Theo Travis, some of John's writing about the saxophonist/flautist will be brought into the book.

“Needless to say, I’m thrilled that my very first book will be released by the publishing arm of King Crimson’s longtime label, Panegyric Recordings,” says John. “I’m also happy that, depending upon how well the Crimson book does, Panegyric Publishing has expressed interest in possible future projects that collect some of the other 2,843 articles that I have published at AAJ since 2004 into similarly ‘themed’ books.

“I’m already thinking ahead,” enthuses Kelman. “A potential second book would similarly collect all of my writing about ECM Records, with the addition of 15 interviews, conducted back in 2001/02 for a project that never came to pass, and which have never before seen the light of day. A third book might collect all of my writing about the Norwegian music scene, culling CD reviews and live performances from here in Canada, but also drawing on my many visits to various locations across the country, from Kristiansand in the south to Svalbaard in the far North, between 2006 and 2014.

“But, of course, one step at a time,” John says, cautiously. “First, I need to finish the King Crimson book and hope that it will do well enough to encourage Panegyric’s interest in publishing a second title. In the meantime, I’m just plain excited to be working on a project that I think will interest many King Crimson fans (and, hopefully, others too!). Being published by the group’s label will not only help get the word out in a big way, it’s simply an opportunity that I never thought would come to pass when I first started thinking about this book in 2019.

“I will not be writing for AAJ while I work on the book,” John explains, “but in between books (assuming there will be future titles of course!), I will, of course, be back to writing for the site that has truly made all of this possible.”

Kelman has just started a dedicated Facebook page, where interested Crimson fans will be able to follow the book’s progress. “They might even help me select a title for the book, as I’ve already got about ten potential ideas right now, and expect more to come.” So please follow Kelman on Facebook at jkelmanbooks. The initial content is relatively light, but more will be added, hopefully once per week. It will also allow interested people to connect with John and engage in discussions about the project.