SOURCE: ALL ABOUT JAZZ PUBLICITY
January 10, 2019
Sign in to view read count 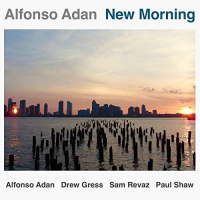 slideshow
In a city that’s always moving at high speed, Alfonso Adan remembers the value of quiet and patience. The world-travelling guitarist has had a long and colorful journey from his roots in Europe to his current working life in and around Greenwich Village, New York. The music bug first struck at age six, and that same fundamental restlessness has kept him at work ever since. His trajectory has included small performing and recording bands, sideman work, theater ensembles, and the world of film and television scores. Rigorous study has also been a staple along the way, ranging from an early stint in the Classical Music Conservatory to a master’s degree in jazz performance. All those places and learning experiences inform his first jazz recording under his own name—a richly colored debut with decades of experience behind it.

“I wanted to record something like this for a very long time, but this was the perfect moment to do it,” Adan explains. “I was at the right place and had the opportunity to meet some of the best and most inspiring musicians in their particular fields.” The result is an often dreamy, always dynamic jazz session reflecting the spirit of the widest musical melting pot on Earth. With a fluid range of guitar tones and a top-flight backing cast in Drew Gress, Sam Revaz and Paul Shaw, these pieces paint evocative pictures of the sounds and dreams it offers. Jazz balladry, grooving rhythms, urbane sophistication and even some rock-and-roll juice all have their place in the mix. “Living in New York has been essential for this record,” he happily states. “Here you have the opportunity to experience and live the music in a very different way than any other place in the world.”

If the Apple leaves its own indelible stamp on New Morning, Adan’s history and deep musical knowledge is equally important. One can hear his declared influences such as John Abercrombie, Bill Frisell, Bill Evans and Miles Davis behind his expressive playing, serving notreally as templates so much as guiding spirits. He considers each composition a chance to stretch a little more, “always thinking on how to do musical things in a new or a different way.” The opening “R96” first fades in with the musical equivalent of a slow sunrise, with understated electric guitar notes ringing in the air above steady chiming piano and leisurely rolling drums. When “One” builds to a simmer and a flowing Revaz piano solo, it happens with the smooth natural feel of quiet dawn giving way to busy midmorning. 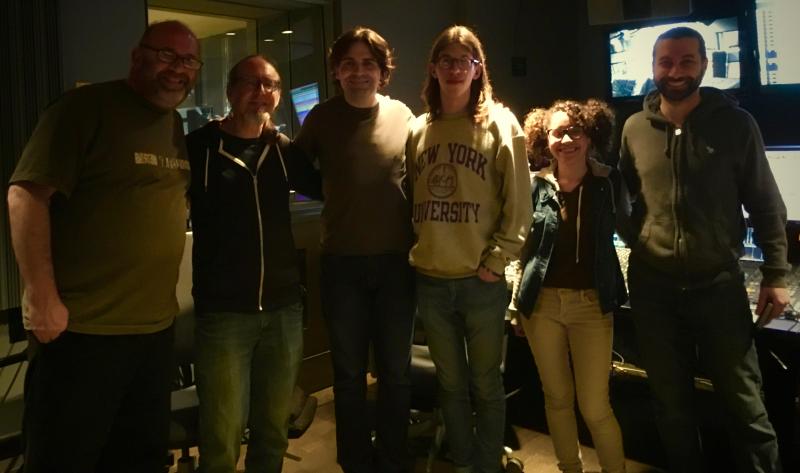 Adan continues using harmony and tonality to subtly challenge himself and his bandmates, continually making sure the pieces remain familiar and accessible to the ears. A couple multi-part explorations particularly give everyone space to stretch their muscles. The exotic “Kind of Mystery” weaves in hints of Latin flavors amidst the laconic jazzy loping; it eventually builds to the guitarist’s heaviest blistering solo in the last few minutes, though that finale wouldn’t be so effective without the patient extended buildup that comes first.

The running order makes a series of peaks and lulls throughout: waves of guitar trade space with Gress’s soothing bass in the dreamy “Over the Silence.” The title song soon turns up the heat again, piano and guitar continually bouncing off each other in a dance of dynamic solos and evocative harmonies. For a sort of post-midpoint siesta, “Colors” next settles down to a low simmer as the melody comes to the fore. This piece “has a poly-modal technique I composed, leaving space for certain frequencies produced by simultaneous modes, creating some interesting, specific colors in a linear and parallel way,” Adan offers.

The other extended two-parter is fittingly named “Step Down,” another experiment of sorts “where harmony and melody are treated in a specific way with some drastic movements.” This provides a chance for the band to step into their most adventurous territory in the late stretch, pushing and pulling against obvious expectations of harmony and making time for a calm quiet interlude in the center. The leader’s classical roots keep that warm taste and restraint present throughout the affair, making sure things don’t quite get too chaotic or fly off the rails.

When the simple bucolic “Sunset” brings things to a gentle close—though not without a little more playful electric fuzz as the track fades out—Adan and crew sound like they’re ready to relax and unwind to cap off their busy day. New Morning doesn’t just represent a day in the life, though, so much as his life’s whole range of pictures and emotions. “I would say that I feel very connected with this way of writing and playing, and I think that it represents perfectly what I want to express as a musician and composer,” Adan declares. Clearly there are things you can’t rush, and New Morning shows the confident joy of a player willing to take time and make sure everything feels just right.