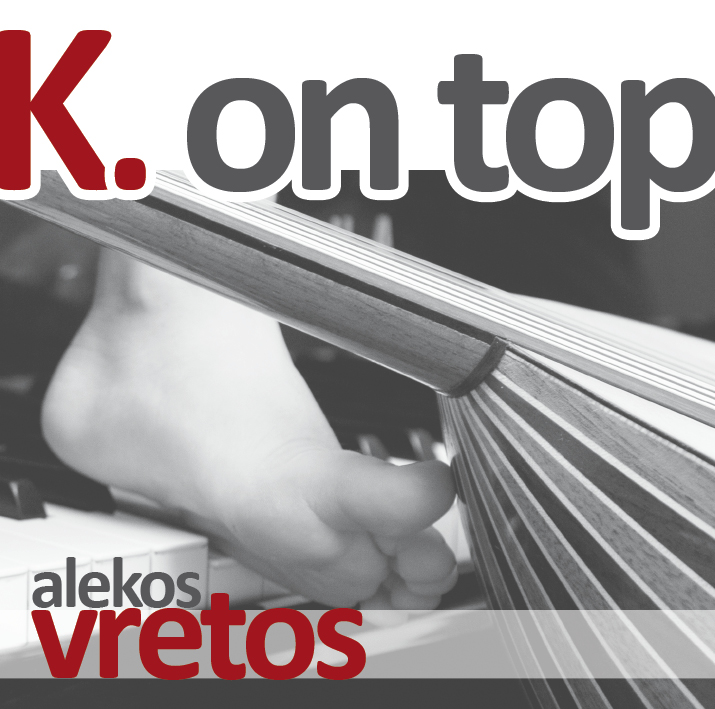 After his debut album Mergin’ in 2009, oud soloist and composer Alekos K. Vretos embarked on a new journey through music he loves. Mixing and matching over the years with his various ensembles (trios, quartets, quintets), he found the musical balance he needed to record this intriguing new work. Arabic, Greek and Latin music elements served on a powerful jazz platter by a strong and colorful band.

Alekos based the music on a quintet comprised by Eleni Vasseiliadi on the qanun, Dimitris Sevdalis on the piano, Dimitris Christopoulos on the double bass and Dimitris Klonis on the drums. Then, he invited Charis Lambrakis (nay), Vaggelis Paraskevaidis (vibes) and Kostas Meretakis (percussion) as guests, to be featured in some tracks in order to bring a more music roots color that Alekos wanted.

K on Top is a statement of what musicians can do when they love playing music. The music is played with no blinders on and it explodes every time the improvisations and interactions are brought to a boiling point. Lyrical melodies and sharp harmonic paths deliver different feelings in every piece of the CD.