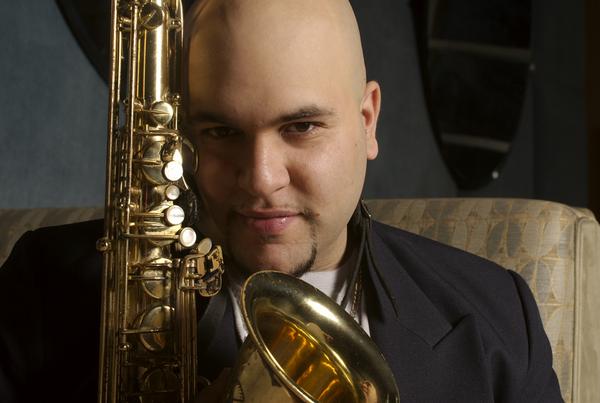 For Rivera, Inner Peace represents a musical triumph in its accessibility. “The listener, whether a newcomer to jazz or a seasoned fan, will be able to appreciate and enjoy this album," says Rivera. A number of prestigious musicians accompany him on Inner Peace, including guitarist Mark Whitfield, bassist Luques Curtis and pianist Zaccai Curtis. Of the Curtis brothers, Rivera says, “Both Luques and Zaccai are and always will be a cornerstone for my music. They add a distinctive flavor and groove and together we enjoy a deep musical connection." The album also features outstanding up-and-coming jazz musicians including Beck Burger on Hammond B3 organ, Jean Caze and Nick Roseboro on trumpet, and John Iannuzzi and Nathan Jolley on drums.

Inner Peace features nine original Rivera compositions, including groove-driven improvisations and tender, emotional ballads. “Remembrance" is a reflective tribute to 9/11 where Rivera deepens the emotional connection with his audience. Rivera wrote “It Always Comes Back to This" specifically for those new to the jazz world. He says, “I wanted to write a song in which the groove was so strong, yet so simple, that it would stay with the listener. A pulse, starting with the saxophone and organ, stays consistent throughout the entire piece." The title track, “Inner Peace," is Rivera's gift to his listeners, offering a musical route to relaxation and deep thought. Rivera hopes the melody and harmonious grooves of “Inner Peace" will create a passage for his audience to their own, personal space of peace and tranquility.

This latest album represents yet another achievement in Rivera's long list of musical accomplishments. Born in Bronx, N.Y., Rivera began playing classical music at age 10, and became hooked on the sounds of Charlie Parker and John Coltrane while studying in the selective LaGuardia High School for Music and Arts program. His long musical journey has taken him to illustrious venues like the Litchfield Jazz Camp and Festival and Smalls in New York City. Rivera has played with many contemporary jazz greats such as Don Braden, Jimmy Green and Claudio Roditi. Others in this illustrious group include Reggie Workman, Chico Hamilton, Billy Harper, Rachel Z and Charli Persip.

Rivera has toured throughout North America with his own Trio and Quartet, playing at several New York venues like Sweet Rhythm, Zinc Bar, Cleopatra's Needle, Nuyorican Poets Cafe and the River Room of Harlem. He often plays weekends at B. Smith's Restaurant in New York and will be playing Thursdays in September at the Lovin' Cup Cafe in Williamsburg, Brooklyn.

“We are so excited to offer Albert Rivera's latest musical achievement to both new and veteran jazz fans," said N. Nginyo, President of Turnaround Records. “Rivera's contemporary and unique sounds represent the best of today's young jazz artists, and this album showcases his deep affection and respect for the entire genre."

Inner Peace, as well as more information on Albert Rivera, can be found at http://www.turnaroundrecords.com and at http://www.albertriverajazz.com. Rivera's album will be available for purchase on http://www.turnaroundrecords.com, iTunes, CDBaby, Amazon.com and many other online retailers. In addition, the album release show is scheduled for Thursday, August 26, 2010 at 7:00 p.m. at Shrine Music in New York City. The show is open to the public and will celebrate the extraordinary musical gifts of Albert Rivera and his band.