Albam from the Archives 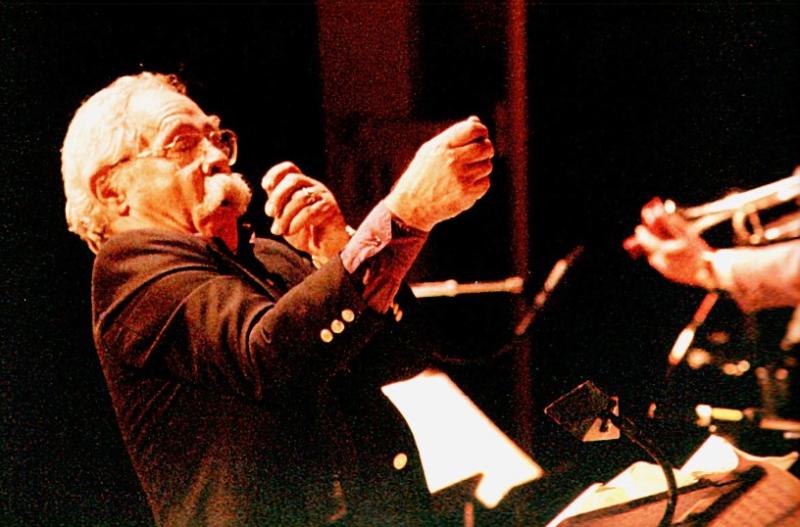 slideshow
One Monday night in the '70s, I found myself seated at a table in the Village Vanguard with Manny Albam, listening to the Thad Jones-Mel Lewis Jazz Orchestra. During a break, I said to him, “I wonder why you haven't written something for this band."

To my knowledge, Albam never did write for the Jones-Lewis band. I wish that he had. He created wonderful music for lots of other people, though. It has always puzzled me that he wasn't better known outside of the tight jazz circles of New York and Los Angeles. Nine years following his death, he remains one of the most respected composer-arranger craftsmen of the last half of the 20th century. If you're not familiar with Albam, his classic The Blues is Everybody's Business (1957) is a fine place to start.

On tonight's installment of Jazz From the Archives on Newark, New Jersey's WBGO-FM, Bill Kirchner will play some of the great variety of music Albam made in his last decade. The program will be streamed live on the web. Here's Bill's preview:

Manny Albam (1922-2001) was one of NYC's busiest recording composer-arrangers in the 1950s and '60s. After focusing on education for two decades, he experienced something of a career renaissance in the '90s.

The show will air this Sunday, April 17, from 11 p.m. to midnight, Eastern Daylight Time.

NOTE: If you live outside the New York City metropolitan area, WBGO also broadcasts on the Internet at www.wbgo.org.

In the meantime, or any time, this video will show you Manny Albam conducting a piece he arranged for pianist Billy Taylor, who talks about their collaboration.