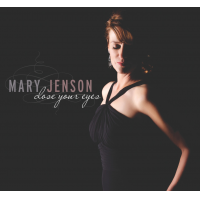 slideshow
After sold out performances in NY and LA, nationally recognized actor and vocalist Gia Mora will perform her critically acclaimed solo show Einstein’s Girl at Bethesda Blues & Jazz in Bethesda, Maryland. The show will play for one night only on Saturday, February 15 at 8:00pm. Bethesda Blues & Jazz is located at 7719 Wisconsin Avenue, just three blocks north of the Bethesda Metro Red Line Station.

Einstein’s Girl explores the “science of love... theoretically speaking.” Mora turns her signature wit and intellectual prowess on an unlikely pair of human languages: love and theoretical physics. In her hilarious show, she investigates interpersonal relations in the digital age through song and story. Mora welcomes composer and multi-instrumentalist Charlie Barnett on piano.

Jennifer Ouelette of Scientific American raved, “The Divine Miz Mora’s bubbly energy was on full display, along with her impressive four-octave range and an unapologetic sex appeal...a ‘wanna-be theoretical physicist.’ With a killer set of pipes.”

Mora brings a twenty-first century twist to the art of cabaret, combining original music, standards, stand-up comedy and a crash course in cutting edge science. “I’ve always loved the intersection of art and science,” muses Mora. “This new show aims to tear down fears that mathematics is only for an elite group of academics. Physics is all around us, and learning while laughing makes it all the more memorable.”

Mora returns to Bethesda Blues and Jazz after releasing Einstein’s Girl, The Album. Copies are available for download and purchase at EinsteinsGirl.com, and press will be sent a free download upon request.

Gia Mora is a triple-threat performer and writer. Past solo performances include headlining at Metropolitan Room and Don’t Tell Mama in New York, Room 5 and House of Blues in Los Angeles, Black Fox Lounge and Blues Alley in DC, and Lannie’s Clocktower Cabaret in Denver. A frequent featured soloist, she has appeared at The Federal, Catalina Jazz Club, The Blind Barber (LA), and many more. She is a four-time Helen Hayes Award nominee, and her recent musical theatre credits include world premieres at the Academy for New Musical Theatre, Ford’s Theatre, and the Kennedy Center. Videos and more are available on GiaMora.com.

Tickets for Einstein’s Girl on Saturday, February 15 at 8:00pm are $25. Tickets are on sale now and may be purchased online at BethesdaBluesJazz.com, by phone at 240.330.4500, or in person at the door. More information, videos, and a complete electronic press kit are available online at EinsteinsGirl.com.