Pianist Josh Nelson will be featured in NPR’s Jazz Night in America as they head to La La Land to get the real story of what it really takes to be a jazz musician in the City of Angels. 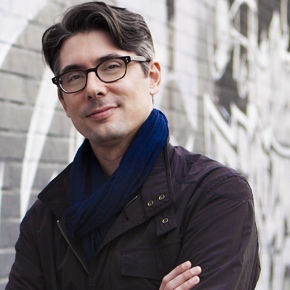 slideshow
Pianist Josh Nelson will be featured in NPR’s Jazz Night in America as they head to La La Land to get the real story of what it really takes to be a jazz musician in the City of Angels.

Jazz Night in America is a nationally syndicated weekly radio show and a weekly concert video webcast from venues across the country produced by WBGO. The web site (which is part of the NPR site) is a hub for video features, multi-platform journalism and on-demand access. Altogether, it's a portrait of jazz music today, as seen through many of its exceptional live performances and performers.

The NPR team came to the Blue Whale jazz club, located in the heart of Little Tokyo in Los Angeles, to film Nelson’s newest Discovery Project concert. Nelson is a widely respected jazz pianist, recording artist, composer, and educator who has performed with some of the biggest names in jazz. He has recorded for countless albums, films, and TV shows, as well as releasing seven CDs as a leader. The Discovery Project is an ongoing multi-disciplinary artistic collaboration and presentation. Using original music compositions and a variety of concrete and abstract moving images projected onto sculptural forms, each unique performance creates an immersive experience for the audience that entirely transforms the performance space.

Nelson created the first Discovery Project in 2011 as an extension of his Discoveries album. That show paired classic science fiction ephemera with new compositions for a brass and wind ensemble that also featured a live video projection and art installation component. His next show in 2015,