A World Of Talent: Rale Micic’s Heartwarming Fusion Of Heritage, Taste, And Jazz Guitar Sophistication Shines On 'Only Love Will Stay' 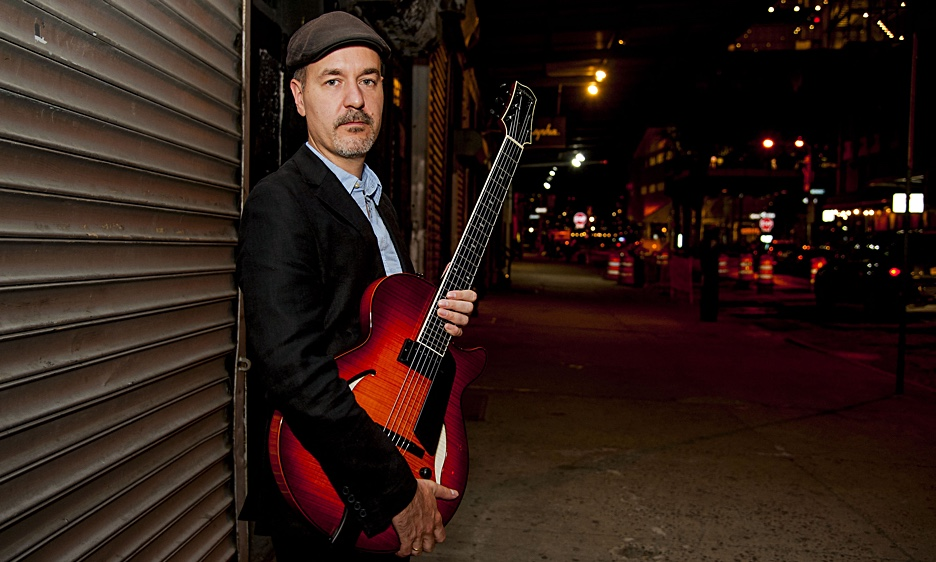 Rale Micic brings a unique voice to jazz guitar with his new album 'Only Love Will Stay.' Rale's great compositions retain some of his Serbian roots and his melodic playing is a joy to listen to along with the great Jared Gold on organ, and drummers, Geoff Clapp and Johnathan Blake.
&#151Dave Stryker

It goes without saying, though we’ll say it once, right from the top here, that Rale Micic is a unique voice in jazz guitar. He combines an absurdly melodic approach and an intricate insight into harmonies, with a sort of deep personal story from his native Serbia. His life experience and heritage exert a soft and loving influence on his artistic approach: the rhythm, tone, and feel of the music of his life. This approach, in the works for a while now, culminates on his new recording, Only Love Will Stay.

Micic has played with such artists as Tom Harrell, Don Friedman, Peter Bernstein, Eric Alexander, and Gregory Hutchinson, but it’s the striking originality with which he plays his own music that really distinguishes him from other jazz guitar talents. The session, with Jared Gold on keys and Geoff Clapp and Johnathan Blake on drums, is both relaxed and substantial, joyful and chill, starring the filigreed sounds of Micic’s Sadowsky archtop and the tasty choices of empathic accompanists. “I first played with Johnathan Blake when we were in Tom Harrell’s group,” says Micic. “We have been playing together for over 10 years and he was also on my previous album, Night Music. Geoff is another great drummer and we have toured and played quite a bit in the last four, five years. It’s great how both of them brought something special to the music. This is the first time I worked with Jared Gold, but it felt so nice and easy. I think the musical chemistry is pretty apparent.”

Only Love Will Stay features Micic and the band creating layers of original sounds, featuring a backbone in acoustic jazz ala John Abercrombie, the intricate textures of his internal conversations, and continuing through the loving melodic rhythms of his native Serbia. “Early on,” he says, “I loved listening to the very different way that John Abercrombie was using organ with his groups and keeping it very open and cool sounding. So, I guess this record is a nod to John. He was a big influence on me. I was fortunate to play and record with him before he passed away. That’s one of the reasons I included his song ‘Even Steven’ on the album.”

Elsewhere, tunes like the dark and dramatic title track which opens the record, right through to the lush, atmospheric closer “Lipe Cvatu,” in 7/8, are enrapturing without going too far astray, too deep into the margins. They are intoxicating without over-exerting. Micic’s Only Love Will Stay is a joyful experience and a stunning excursion into the mind of a truly original artist.