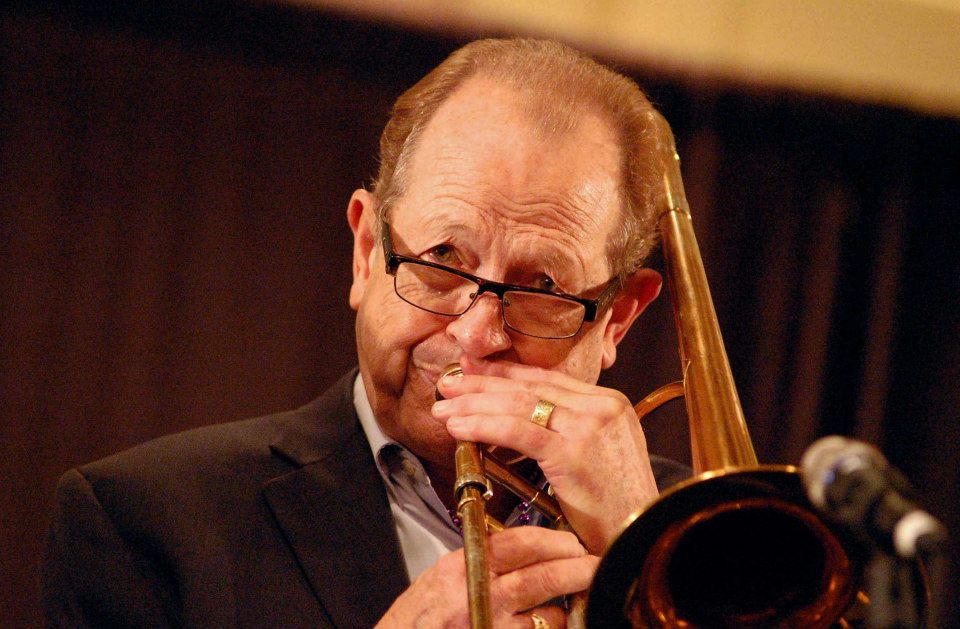 slideshow
Trombonist Bill Allred and his Classic Jazz Band brought their Charlotte County Jazz Society audience on a musical journey, on Monday, November 12, that explored music rooted in New Orleans, moved up the Mississippi River, and then over the highways to dig into the big band phenomenon that took the country by storm starting in the 1930s.

Nearly all of the evening's first set focused on New Orleans, quite logical since the Crescent City was the birthplace of jazz. It included Morris' solo piano take on vintage ragtime, and rollicking versions of “Bourbon Street Parade" and “Basin Street Blues" (featuring vocals by Morris and Allred respectively), the Dixieland classic “Muskrat Ramble" and Myers' tip of the hat to late clarinetist Pete Fountain on “Do You Know What it Means to Miss New Orleans."

Bertini and Sandke were great musical foils for each other, playing both unison lines and trading phrases, particularly on “Bourbon Street Parade." The band's take on “When The Saints Go Marching In" opened and closed with a gospel tinge but amped up the swing in the middle portion.

Moving up the mighty Mississippi by riverboat seemed natural for this musical program, since Allred's father played piano, banjo and guitar on the riverboats. So along came a river-themed ditty and W.C. Handy's “St. Louis Blues." The band closed the first set with Glenn Miller's “In the Mood," a teaser for the music still to come.

At mid-set, Metz and Mueller provided the evening's swinging, visual treat on Bob Crosby and the Bobcats' “Big Noise from Winnetka." After the opening riffs, the horn players left the stage as Metz played a bit of the rhythm standing in front of his drum kit, then used his sticks on the upright bass and its strings, complementing Mueller's solo artistry.

In ensemble performance and wide-ranging instrumental and vocal solos, this little big band was in fine form all night. The concert drew more than 300 fans to the Cultural Center of Charlotte County's William H. Wakeman III Theater.