A sultry celebration of Jobim, mostly 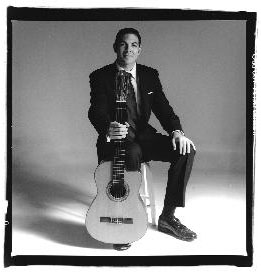 slideshow
The Bossa Nova All Stars put their stamp on the sultry sound of Brazil's most popular musical export on Saturday, March 31 in Venice FL, where they focused almost entirely on the extensive songbook of composer Antonio Carlos Jobim.

Jobim was one of the pioneers of bossa nova, a late 1950s fusion of the Brazilian samba and jazz. His contributions to the art form were mighty and are best known. The focus wasn't really surprising, considering that the singer featured in this program, Brazilian native Maucha Adnet, worked with Jobim for the final decade of his career. The band assembled by guitarist Nate Najar also included tenor saxophonist Harry Allen, vibes player Chuck Redd, bassist Tommy Cecil, and British drummer Matt Home.

The band changed configurations and dynamics throughout the evening, providing features for each soloist and presenting the bossa nova in different textures. Adnet's lyric delivery was dreamy, enhancing the music regardless of whether listeners had any understanding of Portuguese. (She did shift from the original to English lyrics at times.)

Najar, a St. Petersburg-based guitarist whose sound draws much the late Charlie Byrd, noted that Byrd's Grammy-winning 1961 recording of “Desafinado" with tenor saxophonist Stan Getz “brought the bossa nova craze en mass into the United States." It was fitting that Allen was aboard for this event. His tenor sound at times draws much from Getz's influence, and he is one of today's top bossa-nova tenor specialists in mainstream jazz.

Najar, Washington-based Cecil and Home dug into the balladic side of the bossa nova format on “Triste" before kicking up its intensity near the finish. Adnet and Cecil explored Dori Caymmi's “Cantador" ("Like a Lover") as a conversational, intimate voice-and-bass duet.

Allen contributed a samba-rhythmed original, “I'd Rather Have You," which fit the mood perfectly. Redd, who worked regularly as the drummer in Charlie Byrd's trio for many years, was featured on “Wave," perhaps Jobim's most beautiful and challenging composition.

The band saved the most familiar Jobim tune for last. The mid-1960s global hit “The Girl From Ipanema," with lyrics by Vinicius Moraes, was the program's encore.