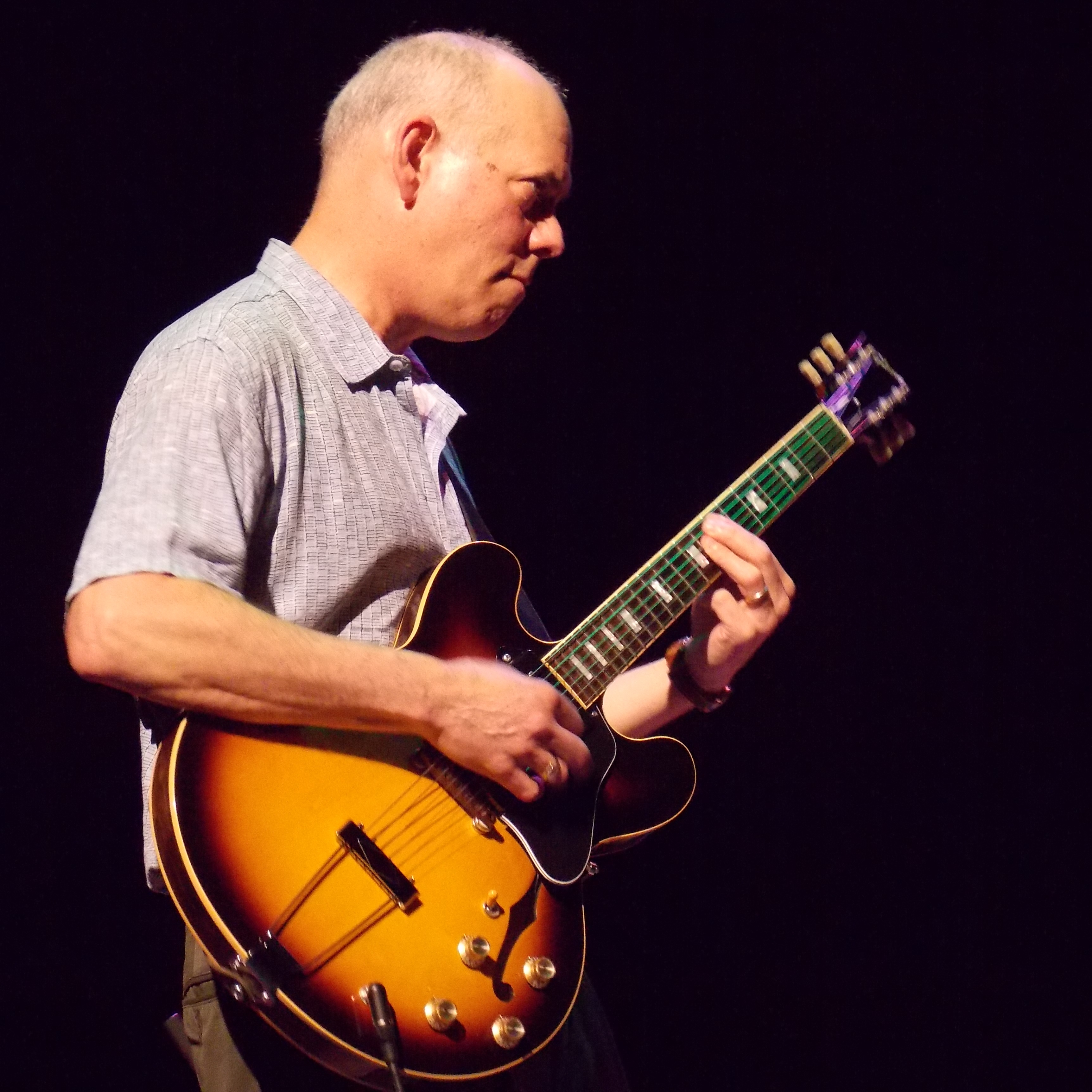 slideshow
For two inspired days in the fall of 2007, guitarist John Stein brought together a virtuosic quartet from the far corners of the globe to tackle a repertoire he’d been saving for just the right players. The result is the aptly titled Encounterpoint, Stein’s seventh recording and a dazzling exchange of musical thoughts and melodic ideas. “When I listen to this record,” says Stein, “I hear the virtuosity of the musicians.”

Convened in Boston, Encounterpoint is truly an international summit. Drummer Ze Eduardo Nazario is a renowned percussionist from Brazil. Koichi Sato, an immensely precocious keyboardist from Japan, had just graduated from the Berklee College of Music and versatile bassist John Lockwood, a South African expatriate now living in Boston, is a veteran of free-jazz trio The Fringe, not to mention a first call bassist for the city’s premiere sessions.

Over the years, Stein has demonstrated a versatility of his own, performing as a leader or a sideman with some of America's finest jazz acts, including David “Fathead" Newman, Larry Goldings, Lou Donaldson, and others. Stein’s previous album, Concerto Internacional de Jazz, was recorded in Brazil back in 2006.

For Encounterpoint, Stein brought together these gifted players for a weekend. Typically, Stein's compositions and performances cover a wide spectrum of jazz, from blues to bebop, and from bossa nova to swing. He has toured nationally and internationally, not only in Brazil, but throughout Europe as well. Together, the quartet came through on Stein’s characteristic versatility, hammering out some memorable performances, including four originals, a clutch of standards, and a couple of lesser-known Jobim tunes for good measure.

“I love ‘Autumn Leaves,’ but I always look for tunes that are a little less typical,” says Stein. Songs like “Jordu,” a Duke Jordan tune popularized by Clifford Brown, and Jobim’s “Dindi” and “”So Danca Samba” complement Stein’s own evocative originals. In fact, Stein shows his own versatility as a composer, with the slightly dissonant “Half-Whole Blues,” the soulful “The Roundabout,” and a brisk waltz called “Trois.”

Stein’s confidence as a leader shines, thanks largely to the talented ensemble he brings together for the session. “I look for musicians who pay attention and listen and respond to what they hear,” he says. “You often hear musicians providing a pad and the soloist gets on top of it and blows licks over it. But I never enjoyed it that way. I’m much more interested in real interplay between musicians.”

He certainly gets his wish on Encounterpoint. The musicians begin taking their stands immediately. At the four-minute mark of the first tune, “Jordu,” drummer Nazario takes center stage. Sato holds the floor on “Line Drive,” and Stein himself makes some lovely and lyrical points on the third cut, “The Roundabout.” Not to be left out, bassist Lockwood has a chance to issue some statements of his own on tracks like “Trois” and “Half-Whole Blues.” Throughout the album, which is beautifully recorded and mixed, Stein’s band truly stands out, with richly buoyant and soulful performances.

On Encounterpoint, Stein proves that chance meetings like this, encounters, can make some very powerful musical points.