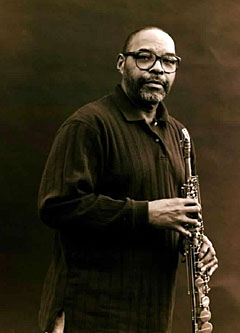 slideshow
Garnered with an impressive career spanning over five decades, Joe Ford is now being introduced to fans globally via the World Wide Web. The newly launched site, jafjazz.com is an online portal that allows longtime fans and new listeners alike to see, hear and learn all they can about Joe Ford's incredible career.

Alto, soprano saxophonist, arranger and composer; Joe Ford was one of the many musical talents born and raised in Buffalo, NY. Although Ford had been performing professionally since the age of 5, it was in 1976 that he co-founded the contemporary jazz group BIRTHRIGHT with longtime friends Paul Gresham and Nasar Abadey. This unprecedented alliance resulted in the release of two albums on Freelance Records, Free Spirits and Breath of Life. In addition to being a groundbreaking musical group, BIRTHRIGHT gave local musicians an opportunity to launch admired careers. One such career launch was that of Tom Shuman, pianist and member of the ever-popular Spyro Gyra.

After an invitation to join the McCoy Tyner Quartet, Ford relocated to New York City and has since established himself as a stark musical voice in the world of Jazz. His hardy and robust alto and polished soprano intonation has kept him in high demand for 40+ years.

Though Fords' career has garnered him a myriad of accolades, including Playboy Jazz Poll Winner and four runs as winner of DownBeat Magazine's Critics Poll with Jerry Gonzalez & The Fort Apache Band, Ford's induction into the Buffalo Music Hall of Fame tops his list of notable distinctions. “My career in the music industry has allowed me to work with some of the best in Jazz Music and has taken me around the world," explains Ford. “But to receive such recognition at home, where it all started, makes it all worthwhile."