A Peter White Christmas with Rick Braun & Mindi Abair at the Keswick Theatre on December 5, 2007

SOURCE: ALL ABOUT JAZZ
November 8, 2007
Sign in to view read count 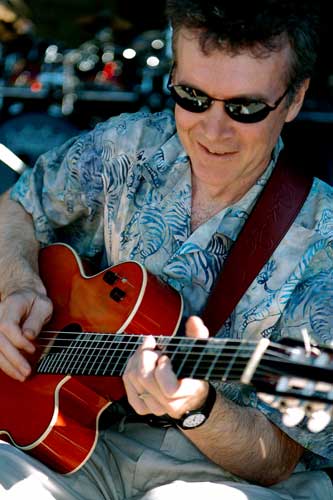 Welcomed by Smooth Jazz 97.5 WJJZ, attendees are respectfully requested to bring gently-used, cleaned coats for all ages to benefit Salvation Army thrift stores. The gift of a new coat for a child under age 14 that could be contributed directly to children would also be appreciated. This collection is part of the Keswick's annual winter coat drive that's been part of smooth jazz holiday concerts here for many years.

WHITE, BRAUN and ABAIR recently finished recording a new holiday CD, Peter White Christmas, released in September - just in time for this tour. Both the CD and live concert offer a seasonal variety of funk, jazz, pop and fun, with the three artists performing classics, some of their best-known individual hits, plus original holiday songs.

WHITE's latest CD, Playin' Favourites, revisits some of his favorite songs of the '60s, '70s and '80s, including a remake of the classic Jr. Walker tune “What Does It Take." Phenomenal guests including Boney James, Rick Braun, Jonathan Butler and Richard Elliot joined him on that CD. Originally a sideman in British folk/pop star Al Stewart's band, White has become smooth jazz's foremost guitarist. His English charm and playfulness create a style of jazz with a liveliness that's totally his own.

Allentown native BRAUN has topped contemporary jazz charts again and again with releases Beat Street, Body and Soul and Full Stride. Body and Soul, which spent 28 consecutive weeks in the Top 15, yielded the No. 1 hit single “Notorious." He has garnered Gavin's Album of the Year in 1996 and Artist of the Year award twice. As a sideman, he's toured with such rock and pop stars as Rickie Lee Jones, Sade, Rod Stewart and Tina Turner. Along with saxman Richard Elliot, Braun wrote and produced the long-anticipated CD R n R, a collection of original funk, R&B, jazz and pop songs. Released this past August, one track off the album, the breezy, exotic “Sao Paulo," is already nearing the Top 10 on the Radio & Records chart.

ABAIR just signed a new record deal with Concord/Peak Records and is currently in the studio recording her newest cd entitled Stars, scheduled for release in April 2008. Last year she put out her third album, Life Less Ordinary, a playful and sophisticated mix of pop, soul and jazz that features guest vocalists Lalah Hathaway and Keb' Mo'. Named Best New Artist at 2003's National Smooth Jazz Awards, Abair's songs have been heard on the late Aaron Spelling's hit Summerland and in a “Women In Jazz" feature at the Grammy Awards ceremonies. She performed at the Governors Ball (the official Oscars afterparty), and was recently seen on Panasonic's Jumbotron in Times Square.