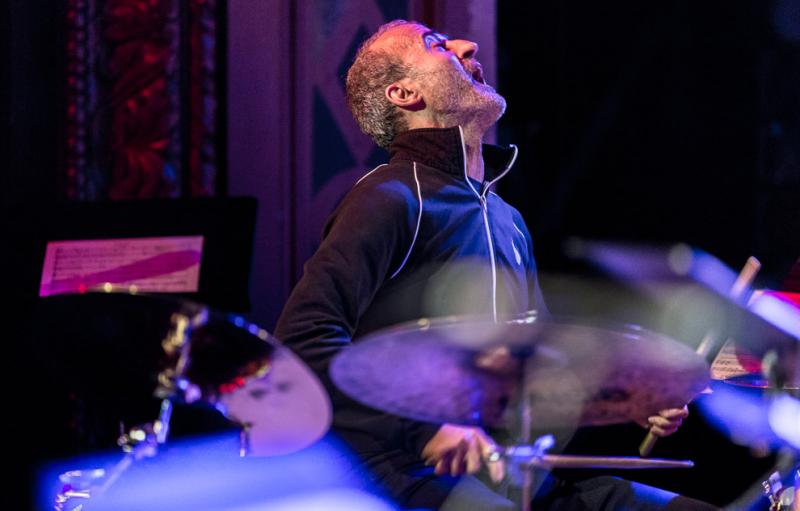 “The Red Hook Jazz Festival exists contentedly on the margins, like its namesake neighborhood and much of the music on its bill…The mood in the audience was neighborly, with a higher ratio of small children to youngish adults than I’ve seen at any musical event not expressly pitched as a kids’ show.” —Nate Chinen, New York Times

Celebrating its ninth continuous year presenting the finest jazz musicians playing today—and proudly from the grassroots—the 2016 Red Hook Jazz Festival will be presented on two consecutive Sundays, June 12 and 19 from 1-6 PM in the community garden and ecological center the Urban Meadow, located at the corner of President and Van Brunt Streets near the Columbia St. waterfront in Brooklyn, NY. General admission will be $10 and will be available at the Meadow entrance—no advance tickets will be sold. As with all past editions of the festival, all children will be admitted to both days of the festival free of charge.

The lineups represent the state-of-the-art in jazz, reaching across multiple styles and demonstrating the breadth and originality that defines the new jazz of this century. The schedule for the 9th annual Red Hook Jazz Festival will be (in order of appearance each day):

The Red Hook Jazz Festival is co-directed by Mike Golub, Tamar Smith and James Keepnews. It was conceived by Mike in 2008 as an opportunity to present artists who lived locally and to bring new attention to the work of the Urban Meadow, which had been reclaimed from an abandoned lot down the street from the Smith-Golub home. Over the course of subsequent years, while remaining an entirely volunteer-run event, the Red Hook Jazz Festival has established itself as a major annual event for jazz listeners globally, recognized for its relaxed vibe, family-friendly environment, strong commitment to giving younger ears an opportunity to hear this vital music by waiving admission costs for children and by the RHJF’s continued presentation of the greatest jazz talents performing today. In June 2012, then Brooklyn borough president Marty Markowitz declared one day of the RHJF “Red Hook Jazz Festival Day" in Brooklyn.