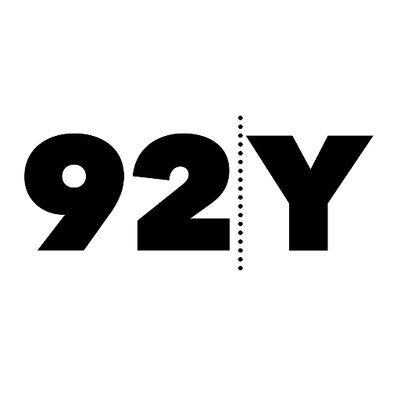 “There is no other jazz festival like Jazz in July,” comments Bill Charlap. “Every night features one-night- only, one-of-a-kind performances with stellar casts of world-renowned jazz artists.”

Bill Charlap has performed and recorded with many of the leading jazz artists of our time. His celebrated trio, with bassist Peter Washington and drummer Kenny Washington, has been together for 20 years. Last year Charlap won a Grammy with Tony Bennett for their album Tony Bennett and Bill Charlap: The Silver Lining: The Songs of Jerome Kern on RPM/Columbia. The trio’s most recent release, Notes from New York (Impulse!) was awarded five stars in Downbeat. His discography also includes the Grammy Award-nominated albums The Bill Charlap Trio- Live at the Village Vanguard and Some The Songs of Leonard Bernstein (Blue Note). In 2010, he released Double Portrait, a collaboration with his wife, the renowned pianist Renee Rosnes, recorded at 92nd Street Y. Charlap is Director of Jazz Studies at William Paterson University.

Charlap curates Jazz in July in collaboration with Hanna Arie-Gaifman, Director of 92Y Tisch Center for the Arts, which produces 92Y's concert series, including Jazz in July.

Kick off the festival with a swinging celebration of piano giant Dick Hyman in his 90th year. The NEA Jazz Master and former Jazz in July artistic director is joined by his longtime keyboard companions Bill Charlap and Ted Rosenthal — and the timeless vocals of Sandy Stewart. With clarinet virtuoso Ken Peplowski and a rhythm section featuring the great Dennis Mackrel on drums and Jay Leonhart on bass, we salute the master, from his unique versions of beloved standards to his brilliant originals. Here’s to you, Dick!

It’s a historic occasion when Benny Golson and Jimmy Heath share the stage. These two tenor sax trailblazers and NEA Jazz Masters go all the way back to 1950s Philadelphia. Their quintessential compositions, such as Golson’s “Whisper Not” and “I Remember Clifford" and Heath’s “C.T.A.” and “Gingerbread Boy,” are featured alongside melodies from the American Songbook canon. Hear them together, with fiery young trumpeter Jeremy Pelt and the world-class rhythm section of Bill Charlap, David Wong and Kenny Washington. Don’t miss this pair of jazz icons in their full musical glory.

Guys and Dolls, “On a Slow Boat to China," “Inchworm” — composer-lyricist Frank Loesser was one of the geniuses of musical theater and popular song. And his music has inspired decades of jazz artistry. Hear his hits interpreted by an all-star lineup, including husband-and-wife piano duo Bill Charlap and Renee Rosnes and, making her Jazz in July debut, acclaimed vocalist Jane Monheit. With top-notch rhythm and horns, these guys and dolls will have you falling “Heart and Soul” for the magic of Loesser.

“You’re the Top,” “Night and Day,” “All Through the Night”: Cole Porter — sophisticated, witty, passionate — was one of the most important and unique songwriters of America’s golden age. And Cécile McLorin Salvant possesses one of today’s most stunningly beautiful voices. Put the two together and you have a night no jazz lover can afford to miss. The dynamic trio of pianist Bill Charlap, bassist Peter Washington and drummer Kenny Washington, plus the lyrical, swinging tenor saxophone of Harry Allen, round out a “swellegant” evening dedicated to the one and only Cole.

Louis Armstrong was the most important jazz musician of all time. From his early masterpieces (“Potato Head Blues,” “West End Blues”) to later hits like “What a Wonderful World,” he revolutionized American music. Catch three of today’s trumpet giants — Warren Vaché, Jon Faddis and Brian Lynch — as they pay sizzling tribute to the singular Satchmo, with a classic New Orleans rhythm section in full force behind them. The perfect coda to Jazz in July 2017.

ABOUT JAZZ IN JULY