SOURCE: ALL ABOUT JAZZ PUBLICITY
July 10, 2016
Sign in to view read count 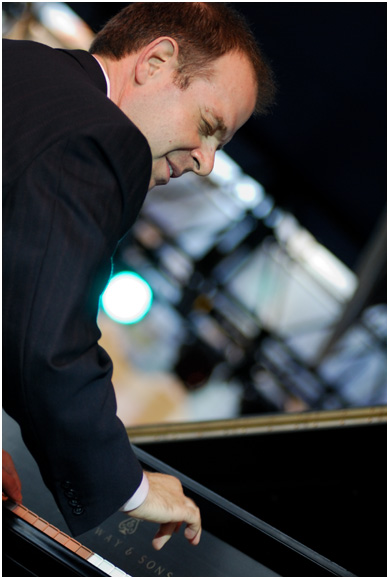 92Y’s 32nd annual Jazz in July festival, with artistic director Bill Charlap at the helm, runs from Tuesday, July 19 through Thursday, July 28, bringing together some of the world's finest jazz players. Jazz in July opens with Summertime Swing Party, a concert modeled after the legendary “Jazz at the Philharmonic” series, and includes the return of Freddy Cole in the festival’s tribute to his brother, the Jazz in July debut of acclaimed guitarist Gene Bertoncini, and a rare New York appearance by vocalist Carol Sloane in Take the A Train: Billy Strayhorn at 100.

ABOUT JAZZ IN JULY

92nd Street Y is a center for the arts and innovation, a convener of ideas, and an incubator for creativity. Founded in 1874, it seeks to create, provide and disseminate programs of distinction that foster the physical and mental growth of people throughout their lives. 92Y offers thousands of programs from its New York headquarters and creates community far beyond its four walls, bringing people from all over the world together through innovations like the award-winning #GivingTuesday and the Social Good Summit. It’s transforming the way people share ideas and translate them into action all over the world. All of 92Y’s programming is built on a foundation of Jewish values, including the capacity of civil dialogue to change minds; the potential of education and the arts to change lives; and a commitment to welcoming and serving people of all ages, races, religions and ethnicities.