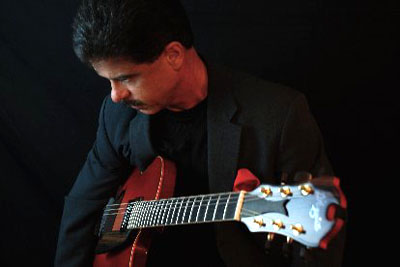 PEEKSKILL, NY -- There’ll be dancing in the street as Downtown Peekskill comes alive with the music of world class Jazz and Blues Legends at the Third Annual Peekskill Jazz & Blues Festival, a free outdoor concert scheduled for Saturday, August 8th (rain date August 9th) from 5:00 – 10:00 pm, near the Gazebo at the intersection of Central Avenue and North Division Street in historic downtown Peekskill. The Festival, which is part of Peekskill’s Downtown Entertainment Series (every Saturday night July through labor Day), attracts thousands of people from across the Tri-State area, and this year’s line-up is exceptional, featuring outstanding Jazz and Blues legends including: Fred Smith & John Basile Jazz Quartet, Johnny Feds & Da Bluez Boyz, David Amram & Friends, Duchess Di and the Distractions, and Mahavishnu Project. Streets will be closed to traffic, and local restaurants will be featuring outdoor dining. Visitors are encouraged to come early and stay late—join the thousands of Jazz and Blues fans who’ll come out to Peekskill to enjoy this free, open-air concert! For more information, visit The City of Peekskill website, downtownpeekskill.com Sponsors for the series are Peekskill’s Business Improvement District and D. Bertoline & Sons.

John Basile and Fred Smith will perform with a Jazz Quartet. John has worked with Tony Bennett as well as George Mraz, Tom Harrell, John Abercrombie, and Red Mitchell to name a few. Fred Smith is a Jazz musician who believes “Jazz is America’s gift to the world”. As a performer he has appeared on world stages from New York’s Lincoln Center to the Frankfurt Opera House in Germany.

David Amram is one of the most diverse musical and literary legends of our time. He’s composed more than 100 orchestral and chamber works, two operas and dozens of Broadway and film scores. Amram has worked with a myriad of celebrated musicians from Leonard Bernstein to Willie Nelson, Thelonious Monk to Tito Puente.

Duchess Di & the Distractions were a featured act in the Peekskill Jazz & Blues Festival last summer, and they were a huge hit. This 8-piece band plays “Risqu Blues” Jump and Swing, bringing back the fun and excitement of the fabulous ‘40’s with the music of Ruth Brown, Dinah Washington, Louis Jordan and Louis Prima. The band features a classic horn section, with the Duchess at center stage, all “dolled up” and crooning like a Superstar.

The Mahavishnu Project is a band dedicated to honoring the legacy of one of the world’s greatest jazz-rock units, the music of John McLaughlin and the Mahavishnu Orchestra, the first band to combine the fire of Hendrix-drenched rock with the groove of Coltrane’s modal jazz and the ethereal Indian ragas of Ravi Shankar. The critics called it “jazz rock” and the result was nothing less than a musical revolution. The Mahavishnu Project is led by extraordinary drummer/composer Gregg Bendian. Bendian is joined by guitar whiz Chad McLoughlin (no relation, but a killer shred-master nonetheless], keyboardist Neil Alexander from The Machine, bassist Brad Jones (Elvin Jones/Don Byron) and violinist Zach Brock who works with Stanley Clarke and Ravi Coltrane.


This story appears courtesy of PublicEye.
Copyright © 2021. All rights reserved.