The festival takes place from from 27 July to 5 August, at the Calouste Gulbenkian Foundation. The 18 concerts and five films featured in Jazz em Agosto will showcase John Zorn’s music and its unique universe. Alongside John Zorn himself, many of the best musicians on the New York scene will also be performing. 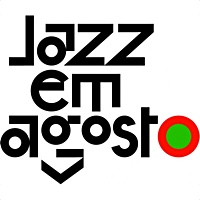 slideshow
Jazz em Agosto celebrates its 35th edition this year with a program entitled “John Zorn Special Edition”, for 10 days, from 27 July to 5 August, at the Calouste Gulbenkian Foundation.

For the first time in the festival’s history, the entire program of Jazz em Agosto is organised around a single musician, the North- American John Zorn, celebrating one of the most inspiring, inspired and intriguing figures, who is constantly leaving a deep personal mark on innovative music of our time.

A New York resident, the composer, saxophonist, producer, and head of the Tzadik record label, which releases his own music as well as that of the artists who gravitate around his sphere of influence, has approached every musical genre and subgenre, from jazz to rock, through classical music, soundtracks, ambient and improvised music.

The 18 concerts and five films featured in Jazz em Agosto will showcase Zorn’s music and its unique universe. Alongside John Zorn himself, many of the best musicians on the New York scene will also be performing.

The 35th edition of Jazz em Agosto will take place in various venues at the Gulbenkian Foundation: in the Open-Air Amphitheatre, the Grand Auditorium, Auditorium 2 and the Multipurpose Room of the Calouste Gulbenkian Museum- Modern Collection. The relevance to today’s music of the projects and musicians presented in this edition makes it difficult, if not impossible, to highlight some projects over others.

The opening concert of this special edition dedicated to John Zorn features an unprecedented line-up in which the saxophonist joins two other born improvisers from downtown New York, the legendary drummer Milford Graves, and Thurston Moore, the guitarist who once belonged to the iconic Sonic Youth.

Simulacrum, the Highsmith Trio, Insurrection and the Secret Chiefs 3, which comprise some of the musicians already mentioned, complete the program for Jazz em Agosto in the Open-Air Amphitheatre along with other equally important names from the New York scene and Zorn’s circle, such as Ikue Mori, Ches Smith, Jim Black, Matt Hollenberg and the young up and coming guitarist Julian Lage, and others. In the Grand Auditorium this year’s festival will present three unique events on the same day: the film John Zorn (2016-2018), a new extension of the intimate portrait of the musician that Mathieu Amalric premièred in 2017, with the presence of the director; Jumalatteret, a song cycle for voice and piano inspired by the Finnish epic Kalevala, performed by the renowned soprano Barbara Hannigan and pianist Stephen Gosling, with music composed by Zorn; and finally The Hermetic Organ, an unprecedented encounter of John Zorn on organ with his music partner and master of electronics, Ikue Mori.

There will also be 6 concerts in Auditorium 2. From New York we will have the electric guitars of Dither with James Moore, Taylor Levine, Josh Lopes and Gyan Riley, the Trigger trio with Will Greene, Simon Hanes and Aaron Edgcomb, guitarists Julian Lage and Gyan Riley, and also Robert Dick who will perform solo on a rare contrabass flute. To complete this program, two Portuguese ensembles that, although not released on Tzadik, still share with John Zorn the same musical universe: The Rite of Trio, which audaciously breaks down boundaries between musical genres, and Slow is Possible, whose main inspiration was found in the Naked City project.

Jazz em Agosto exhibits this year films from the Tzadik label in the Multipurpose Room of the Calouste Gulbenkian Museum—Modern Collection: Pomegranate Seeds, a film-concert, in which Ikue Mori composes in real time the soundtrack for images allusive to a tale about the goddess Persephone; Bhima Swarga, also by Ikue Mori; John Zorn The Book of Heads; etudes for solo guitar performed by James Moore, by Stephen Taylor; Celestial Subway Lines/Salvaging Noise by Ken Jacobs; and Between Science and Garbage by Pierre Hébert, with music by Bob Ostertag.

10 days of total immersion in the fascinating universe of John Zorn, which will also be infused by the graphic image of this edition of the festival, specially developed by Heung-Heung Chin, the exclusive designer of the Tzadik label, revealing the environment of pure creativity in which the musician breathes.