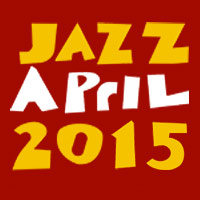 Alphabetically, the heroes are:

View the detailed biographies and photos of the 2015 Jazz Heroes

Local communities that nominate their heroes for JJA authorization obtain official proclamations from regional officials acknowledging their efforts, buzz about the Heroes and their April jazz activities to traditional and digital online media outlets, and hold public free events at which engraved Jazz Hero Awards are presented to the honorees. Information about these festivities willbe forthcoming.

Announcement of the Jazz Heroes is the first stage of the JJA's three-part 2015 Jazz Awards. Nominees for awards for excellence in jazz music and journalism will be announced April 15, and winners of the Awards for musical achievement will be announced April 30—International Jazz Day. Those Awards will be presented at musicians' performances nationwide. Winners of categories for excellence in music journalism will be announced at the JJA's New York City Jazz Awards party, to be held Tuesday, June 16 at the Blue Note Jazz Club in Manhattan.