SOURCE: ALL ABOUT JAZZ PUBLICITY
May 21, 2016
Sign in to view read count

Jazz Greats and More to Perform Across the Nation's Capital, June 10-19. 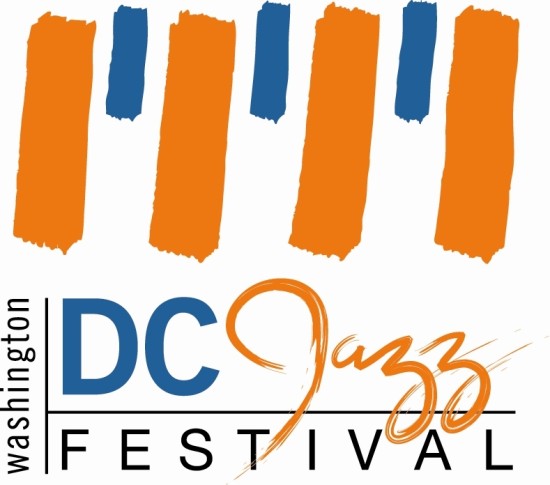 The DC Jazz Festival is dedicated to showcasing the wealth of great artists based across the globe and throughout our own community. In addition to adding three days to the Festival, DC JazzFest has also added performance venues this year, through such new partnerships as one with the National Park Service (free shows at the Sylvan Theatre, Pershing Park, Dupont Circle and Farragut Square); and with the Smithsonian National Museum of American History, featuring the Smithsonian Masterworks Orchestra.

“Summer begins in the nation’s capital as soon as DC Jazz Festival kicks off the season with all things jazz in June,” said Sunny Sumter, DC Jazz Festival Executive Director. “In just twelve short years, the DC JazzFest has grown to attract 80,000 music lovers locally and from around the world to enjoy diverse performances in the most exciting venues and neighborhoods in DC including a three-day blowout at Yards Park on the Capitol Riverfront.”

2016 Festival highlights and primary venues include:

DC Jazz Festival and Events DC Present Jazz in the ‘Hoods (June 10-19) This series represents an exciting partnership with local clubs, restaurants, hotels and galleries in celebration of jazz in our nation’s capital. Tickets are currently on sale for Steve Coleman and Five Elements, performing on June 14, 8pm, at Sixth & I Historic Synagogue. Address: 600 I Street, NW. Tickets available through Sixth and I Box Office

Jazz in the ‘Hoods will take place in more than 18 neighborhoods, presenting a mix of local and nationally recognized artists to celebrate the genre. It has a tradition of attracting large, varied audiences of DC residents and tourists of great diversity. Jazz in the ‘Hoods includes the CapitalBop D.C. Jazz Loft Series featuring innovative, boundary-breaking and beyond-jazz artists; the East River JazzFest; and a partnership with Transparent Productions. Jazz in the ‘Hoods performances will also be held at Twins Jazz, Gallery O/H, National Gallery of Art Sculpture Garden, THEARC, Sixth & I Historic Synagogue, the Kennedy Center’s Millennium Stage, the Japanese Information and Culture Center, We Act Radio, New York University’s Abramson Auditorium, Embassies including France Japan, Italy, and Portugal, National Park Service, UDC/Jazz Alive, and other venues across DC. Artists and Jazz in the Hoods’ lineup announced in May!

About DC Jazz Festival (DCJF): With more than 125 performances in over 40 venues across the city, the DC JazzFest is one of the largest music festivals in the country. A 501(c)(3) non-profit organization, the DCJF has experienced spectacular year-by- year growth. As the fastest-growing jazz festival in the U.S., the DC JazzFest celebrates America’s unique original art form during this international event that attracts jazz lovers from around the world to the nation’s capital. The DCJF also presents year-round programs with performances featuring local, nationally and internationally acclaimed artists. The DCJF's mission is to promote music, particularly jazz, education programs and actively support community outreach to expand and diversify its audience of jazz enthusiasts. The 2016 DC JazzFest will take place June 10-19.