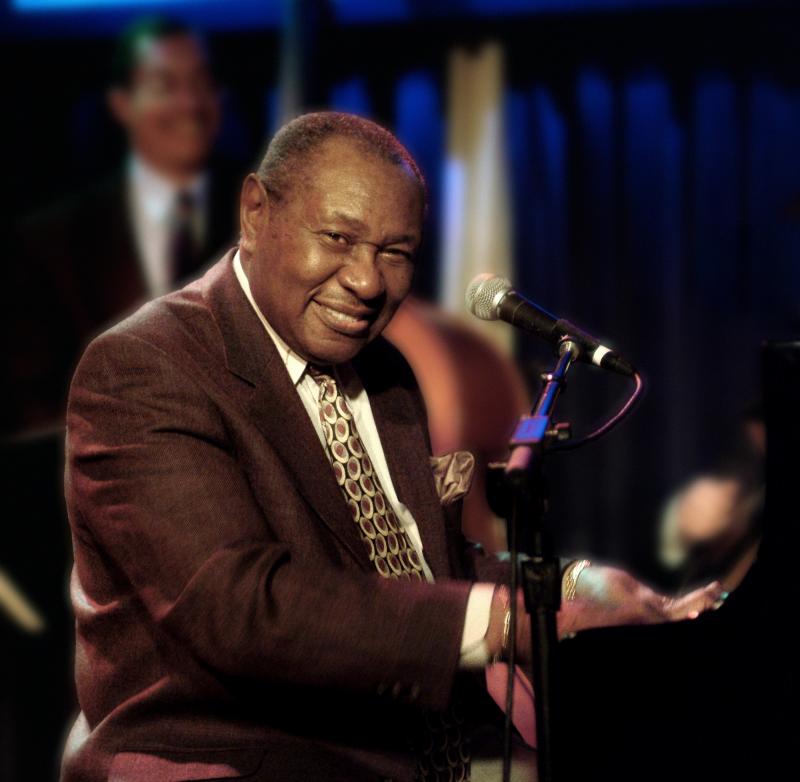 Growing up in a large family of musicians, Freddy Cole had to do what he could to make his way in the family and in the music business. And yet, over 80 years on, he continues to bring chestnuts. Classics and contemporary gems to adoring fans around the world.

On the weekend of August 2-3, Cole will come to New England to perform at the opening night gala of the Newport Jazz Festival with his niece Natalie and then at Boston’s famed Regattabar.

Despite the fact that all of is siblings and his mother all sang, when asked what got him into music, Cole claims that it was a “God-given thing.”

“It wasn’t what they gave to me,” he says of his family. “It was just being around stuff. I was automatically drawn to it.”

Cole goes so far as to recall how infrequently music was an explicit topic in the Cole household. “We very seldom talked music,” he says. “Even now, when I see them, we talk about regular topics like the kids and all- Not the entertainment business.”

As he was the youngest of five Cole kids, Freddy had a lot of people to look up to. Even so, he suggests, he was always encouraged to make his own way.

“My father used to say ‘Every tub has its own bottom,’” Cole recalls. “’You sit on yours and others will sit on theirs.’ That way we never had any envy.”

Another elements of his own life and career that helps Cole focus on both is the “zone” he gets into whenever he performs.

“Once you get on the bandstand,” he suggests, “you forget about the world. I just have my fun and my love and my passion- and that is my music!”

Though he has apparently found ways to set himself apart, Cole does not suggest that there is any so-called ‘Freddy Cole sound.’

What is the Freddy Cole sound?

“This Freddy Cole that I know tries to sound good and likes people to enjoy what he is singing,” he says. “That’s it!”

With over 20 albums to his credit, Cole has had ample opportunity to perform many of his favorite songs. On his latest album, This and That (High Note), he combines compositions by such household names as Charles Aznavour, the Isley Brothers and his bother Nat with a number of lesser-known artists whose songs stand up just as high. When asked how he chooses, Cole explains that he compiles a list with his bandmates and then figures out which to do when.

“That’s the fun part about doing a CD,” he observes. “You have so many songs to choose from!”

While Cole says that he usually tries to find a theme among the suggested selections, he admits that the title of the latest offering came from the fact that it seemed to be a more random collection of songs the unifier of which was their quality.

“This time,” he says, “we had so many songs, we decided to go with this and that.”

For the forthcoming Newport Jazz gig, Cole will perform with his niece Natalie. Despite the tight family bond, however, and perhaps thanks to it, he says that they rarely prepare a set list before going on stage together.

“We jus get on the bandstand and do it,” he says.

Speaking of “doing it,” Cole says that he hopes to keep playing and enjoying music as long as he is allowed.

When asked if he still has any musical goals or other artists with whom he would like to perform, Cole replies, “There are so many wonderful performers and entertainers out there- It would be a pleasure to work with any of them. So I treat it that way and just keep singing.”

Whether with his talented band or performing solo, Camilo commands the stage with a presence that ranges from quiet storm to all-out hurricane. Blending his Dominican roots with an international sense of style and flair and a keen ear for the sounds of the world around him, Camilo combines all he has heard before with the energy of the moment to bring the crowd into his melodious musical maelstrom.

On August 3, Camilo will take the fabled stage at the Newport Jazz Festival where he will perform songs from his latest album, What’s Up (Okeh) along with other classics and originals.

As his repertoire is so varied and his performances so powerful, many ask Camilo how he composes. It may be no surprise to learn that his composition structure is as diverse and wide-ranging as the results.

Always open to inspiration, Camilo says he is almost constantly composing and that, when he is not, he is looking for new sounds to incorporate. He even admits to “writing” songs in his dreams or while dining with his wife Sondra.

“You just have to be aware of your emotions,” he advises, “and try to capture that particular feeling, be it festive, introspective, romantic, nostalgic, etc.”

Speaking of dining with his mate, the Classically-trained Camilo says he was first inspired by Jazz when he heard Art Tatum's solo piano rendition of “Tea for Two” on the radio. That lead to explorations of such other legends as Oscar Peterson, McCoy Tyner, Sonny Clark, Bud Powell, Thelonious Monk, Bill Evans, Herbie Hancock, Chick Corea and Keith Jarrett. “At the same time,” he suggests, “I am influenced by my Classical training both as a pianist and composer.” Among the ample evidence of this assertion are Camilo’s two piano concertos and an orchestral suite.

“Finally,” he says, “I have my Latin/Caribbean roots which come out in my music by superimposing Jazz harmonies to the fun syncopated rhythms of Latin beats. “

When asked about his live performances, Camilo says that he likes to bring a sense of adventure and exploration to the stage and to infuse it with the added energy of a live audience. “Everything comes into play at the moment of choosing the sets,” he observes, noting that the main ingredient to choosing his live list is the tempo for each piece and how they will work together with the moment. “I guess the whole point is to not be predictable and this way the audience will have as much fun listening as we are having on stage performing and sharing with them the message behind the notes."

At Newport, Camilo is scheduled to perform with his sextet, which features Michael Mossman on trumpet, Ralph Bowen on sax, Conrad Herwig on trombone, Lincoln Goines on bass and Cliff Almond on drums. “They are all wonderful musicians and jazz improvisers,” Camilo says. “We will be performing some challenging material which requires lots of precision as well as knowledge of the mainstream straight ahead and Latin Jazz genres. It will be lots of fun to come back and perform at Newport with these top cats!”

Though he has wowed audiences around the world with nothing more than a piano and a bench, Camilo says that he loves playing festivals as they give him opportunities to not only hear and play with so many of his talented colleagues but to connect directly with so many fans and usually to find many new ones as well.

“Sometimes as I listen to my colleagues while waiting for my turn to go on stage,” he explains, “this moment can also trigger in me some kind of creative impulse.”

When asked how he decides what to play where and when, Camilo replies that each of his albums has expressed a “particular moment” in his lfe and that each also exposes the ever-burgeoning collection of influences to which he has been exposed. “Most of the songs I record are my original compositions,” he recalls, “but I also enjoy including my own versions of jazz standards. It’s always lots of fun to delve into the jazz repertoire and discover some fresh new ideas and points of view.”

Among Camilo’s most acclaimed “covers” are his masterful rendition of George Gershwin’s “Rhapsody in Blue” and his current takes (on “What’s Up”) of Dave Brubeck’s timelessly tricky “Take Five” and the Cuban chestnut “Chan Chan.”

“I always think of each album as an open book of possibilities,” Camilo says, “where I have the opportunity to take the listener on a musical journey full of nuances, textures, contrasts and surprises. I hope that the people will enjoy the album as if they were actually reading a book all the way through.”